The long roots of childhood, and how they explain economic inequalities across the whole of life 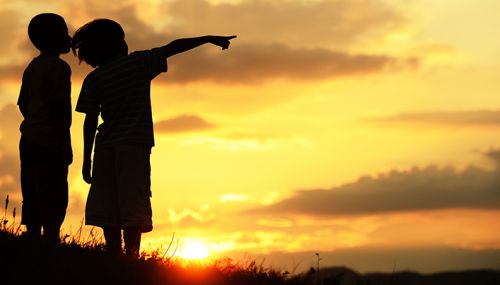 In my inaugural lecture earlier this summer I asked the question, what are the root causes of the economic inequalities in our society, and why have these been so difficult to budge?

This is a question that I’ve been asking ever since, early in my own research career, I was part of a team of economists demonstrating for the first time in historical context the huge rise in income inequality which had taken place over the 1980s in Britain. This change had transformed us from a relatively low-inequality country to a high one in the space of around 10 years. Fast-forward to today, we remain just as, if not more, unequal.

Some of the most important answers to my question come from the national birth cohort studies that we run at the Centre for Longitudinal Studies (CLS), part of the UCL Institute of Education. Through these, we are collecting information from the same individuals from birth and across the whole of their lives.

One clear answer from the CLS cohorts to the question of why society is so unequal relates to the IOE’s core mission: education. Typically, those who have more education – for example better GCSE results, A-levels, or a university education –  find jobs more readily, and earn more at work, than people with less education. And there is a vital intergenerational link, since those from economically advantaged childhoods are far more likely to do well at school and go on to obtain more educational qualifications, than those who grew up in families who were less well off.

As well as inequalities in education, there is another root childhood cause of the economic inequalities that we observe in our society. Until recently most economists have overlooked this, but they are now beginning to take it into account, namely:  children’s mental health.

Mental health problems in childhood are not the preserve of any particular income or class background. By the age of 14, around 1 in 4 girls in the Millennium Cohort Study reported high levels of depressive symptoms (compared to around just 1 in 10 boys) – a statistic which has garnered widespread news headlines. Risk factors for mental health problems are numerous, and include not getting along with peers, being bullied, or being overweight.

However, evidence from all the cohorts at CLS, including most recently the Millennium cohort, also shows that children from poorer backgrounds are more likely to have mental health difficulties in childhood than those from better off backgrounds.

Such differences also perpetuate inequalities across generations, since, importantly, the cohort studies have also shown that mental health problems in childhood typically have major economic as well as social consequences later in life. It is so important that at long last, tackling children’s mental health problems finally has a prominent place on the policy agenda.

Other clues to the long roots of childhood in explaining adult inequalities lies in a project currently underway at CLS, in which we are looking in detail at some children’s writing from nearly 50 years ago. We have recently transcribed for the first time around 10,500 essays written by members of the National Child Development Study when they were 11, back in 1969. In their final year of primary school, they were asked to write an essay imagining their lives at the age of 25.

The children’s essays are a treasure to read, and range from the mundane, to the wildly creative. Individually and collectively, they reveal insights into the children’s lives and society at the time, as well as to the imaginations of 11-year-olds. We are now using machine learning tools to analyse what they wrote. While this is still a work in progress, we are finding out that the language they used holds predictive power for the future, including predicting their future social mobility, mental health, and cognitive function.

While the childhood origins of economic and other inequalities in society are no longer in doubt, recently we have also been looking at what shapes vulnerability in mid-life to the risks of older age. Our findings suggest that of course it is not just childhood that matters. Those who have been persistently poor or workless across their own working lifetimes face a particularly vulnerable older age, with few of the securities of the better off, such as secure employment, home ownership, or private pensions. While the government is keen to extend working lives,  it is especially difficult for middle aged people in poor health to remain in or return to work. An urgent policy priority is now to understand what policies will be effective in  tackling these vulnerabilities that are the result of cumulative disadvantage across a whole lifetime.