The Millennium Cohort Study (MCS), known as ‘Child of the New Century’ to cohort members and their families, is following the lives of around 19,000 young people born across England, Scotland, Wales and Northern Ireland in 2000-02. The study began with an original sample of 18,818 cohort members.

What’s in the study?

The MCS provides multiple measures of the cohort members’ physical, socio-emotional, cognitive and behavioural development over time, as well as detailed information on their daily life, behaviour and experiences. Alongside this, rich information on economic circumstances, parenting, relationships and family life is available from both resident parents.

What has the study found?

MCS has provided important evidence to show how circumstances in the very first stages of life can influence later health and development.

Research based on MCS has shown that the likelihood of being breastfed is affected by which day in the week a child is born, which has strong subsequent effects on cognitive development.

The study has contributed crucial evidence on two major health issues facing this generation; the high rates of both mental-ill health and obesity among this age group, now in their teens.

MCS is core funded by the Economic and Social Research Council and a consortium of government departments.

We have completed seven MCS sweeps to date. The most recent sweep was when cohort members were 17 years old. Click on a sweep below to learn more about the information collected.

Data from Waves 1 and 2 of our survey of five national longitudinal cohort studies, including MCS, are now available. Find out about the topics covered, response and how to access the data.

In addition to the main MCS sweeps there have been a number of sub studies. You can find out more about these on the following pages:

Initial findings from the Age 14 Sweep 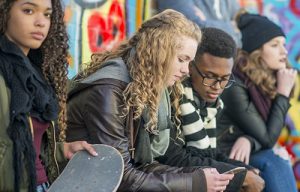 Read our initial findings from the age 14 sweep. These cover a range of issues relevant to young people’s lives today, from mental health to obesity and risky activities.

Find out more about our initial findings

17 December 2020 More than one third of UK teenagers are starting adult life with excess weight (either overweight or obese), and rates are even higher among the poorest, finds a new study led by UCL researchers.
News

11 December 2020 Researchers can now access new information about how the COVID-19 pandemic has impacted the lives of almost 26,000 cohort study participants.
News

25 November 2020 Researchers from around the world have been using CLS study data to tackle important questions. Here is a round-up over 100 new pieces of research that we’ve added to the CLS bibliography between April and September 2020.
News

16% of teenagers report high levels of psychological distress at age 17, finds a new study led by UCL researchers based on data collected in 2018-19…

These cohort profiles provide information about the background to the study as well as its sample size, content, and findings.

JOSHI, H and FITZSIMONS, E.  (2016)  The Millennium Cohort Study: the making of a multi-purpose resource for social science and policy.  Longitudinal and Life Course Studies, 7(4),  409-430.

Our online bibliography is an excellent resource for finding publications based on data from the MCS as well as our other three studies. It includes over 4,000 publications and is searchable by study, year, author, journal name, title and abstract.

Special features of this study

Unlike the previous three national birth cohorts, which all share the same birth week, MCS cohort members were born over a 17 month period (September 2000-January 2002). This allows researchers to investigate season of birth effects in children’s outcomes and trajectories.

The population from which every child should have a known, non-zero chance of selection was defined as: all those:

The sampling strategy was to make a selection of areas of residence, and within them to recruit 100 per cent of the children born in the eligible period. The statistical geography available for such clusters in 2000-01 was the boundaries of electoral wards as they stood before updating at the 2001 census.

Importantly, certain sub-groups of the population were intentionally over-sampled, namely children living in disadvantaged areas, children of ethnic minority backgrounds and children growing up in the smaller nations of the UK.

By the end of fieldwork for the Age 9-Months Sweep, 18,552 families had been interviewed, and the cohort included 18,818 children, allowing for 246 sets of twins and 10 sets of triplets. This represents a response rate of 72 per cent of all the families with eligible children living at nine months in the sampled wards.

The Age 3 Sweep in 2003-04 provided an opportunity to catch up with families who should have been in the Age 9-Months Sweep, but had been missed because they had only recently moved to an eligible address. This group of ‘new families’ was only recruited in England. The boost to the sample from the ‘new families’ brought the total of all families ever interviewed to 19,243 (and the number of children ever taking part up to 19,517).

There is no sample refreshment by immigrants. All the MCS children were resident in the UK at nine months, and would cease to be eligible if they leave the UK (but resume eligibility on return to the UK).

Objective physical measurements have been taken since the age of 3. They include height, weight, waist measurement and body fat.  At ages 7 and 14, activity monitors were worn in order to measure physical activity and sedentary behaviour.

At age 14, cohort members and their residential natural parents were asked to provide a saliva sample for DNA extraction and subsequent genotyping. This is the first time a triad of DNA samples has been collected from 2 biological parents and their child in a large scale nationally representative study.

Administrative data from relevant government departments and agencies have been linked to the survey data in the domains of health and education. The data are available to access through the UK Data Service. Up to age 16, these linkages are based on parental consent collected at various time points. At age 17, we asked cohort members for their own consent.

Health: Linked health data are available from birth registration records and maternity records based on parental consent shortly after birth. We are working to link additional information from cohort members’ health records and have already linked some health data for Wales, including the number of inpatient and day case hospitalisations at ages 0-11. A range of Welsh health records up to cohort members’ 14th birthdays can be linked to the cohort data through the SAIL Databank including Child Health, Emergency Department, Patient Episode Database and Primary Care GP data.

Education: For cohort members in England, pupil-level linked education data from the National Pupil Database are available for Key Stages 1, 2 and 4, including exam results as well as information on absences, ethnicity, languages spoken at home, special educational needs, and eligibility for free school meals. School-level data are also available.

For Scotland and Wales, Key Stage 1 data are available through UKDS. For Wales, education records up to and including Key Stage 4 can also be linked to cohort data through the SAIL Databank.

Future data linkage: At age 17, cohort members were asked for their permission to link data from an extensive range of administrative records to the MCS survey data. These include information on:

We are pursuing these linkages with the aim of making the linked administrative data, including data currently only accessible through the SAIL Databank, available via the UK Data Service.

The MCS has been carrying out cognitive assessments with cohort members since the age of three, using leading standardised age-appropriate assessments such as the British Ability Scales.

Assessments range from measuring preschool knowledge of numbers, letter, shapes and sizes through numeracy and vocabulary to non-verbal assessments of pattern construction and touch screen measures of spatial working memory and decision making. They provide objective measures of the cohort members’ numeric and linguistic abilities, and how they develop across childhood and adolescence.

Data has been collected from resident fathers, including step-fathers, as well as from mothers at all sweeps. This was an innovation for a national cohort, and reflected strong scientific interest in the role of fathers and the increasing diversity of family life in the UK.

Eighth edition of MCS User Guide to the Datasets

We’ve published guidance to help users find out what’s in our data.

Some of the linked education and health data for Wales are currently only available through the SAIL Databank with plans to also deposit them with the UK Data Service. 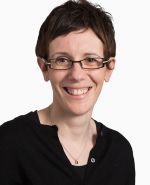 Emla is the Director of the UK Millennium Cohort Study, a longitudinal birth cohort study following children born at the turn of the new century. Her research is focused on the development of human capital throughout the life course, and in particular how experiences and circumstances in early life and childhood affect causally the acquisition of skills later on. 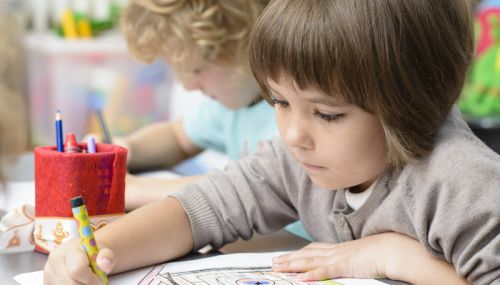 This briefing, based on data from the Millennium Cohort Study, explores how children with persistent SEN felt about school, their academic ability and their future educational and occupational aspirations at age 14…

Disadvantaged children born at the start of the 21st century weighed up to 5kg more in their childhood and early teenage years than those from more privileged backgrounds, a new study has found…

Our initial findings from the Millennium Cohort Study Age 14 Sweep cover a range of themes, from mental health to levels of obesity and risky behaviours…

RT @IdeastoImpactCo: This is really interesting, as a Gen Xer close to the cohort study age I have experienced being paid less than men for…