Children of the 2020s Study

On this page:
Introduction Study design Latest from the Children of the 2020s Study Study features Leadership Project team 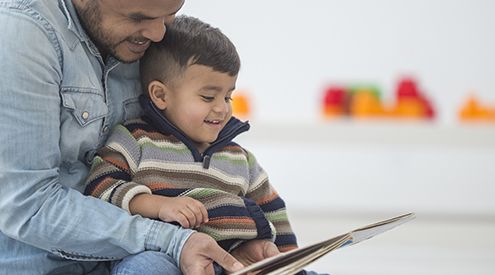 The Children of the 2020s Study is a new nationally representative birth cohort study of babies in England which has been commissioned by the Department for Education (DfE). The study will answer important scientific and policy questions regarding the family, early education and childcare determinants of early school success.

The study is being led by Professor Pasco Fearon, Director, Developmental Neuroscience Unit, Department of Clinical, Educational and Health Psychology, UCL and the Anna Freud National Centre for Children and Families, in partnership with Ipsos-MORI. Study collaborators include the UCL Centre for Longitudinal Studies, the University of Oxford and Birkbeck, University of London.

The Children of the 2020s Study will include babies born in September, October, and November 2021, and seeks to recruit over 8,000 families in mid 2022 to take part in the study. The sample will be drawn from Child Benefit records.

Data collection will include assessments of child development, neighbourhood and family context, family structure, health and mental health, the home learning environment, and formal and informal childcare provision and preschool education. Record linkages will include to educational outcomes, and if possible, health and developmental records of mother and baby will also be linked.

The study will include data collection using an innovative smartphone system BabySteps, to allow us to capture rich developmental and home environment measures including video-recordings of parent-child interaction and video and audio-recordings of language and motor development at low cost.

In order to assess the effects of early education and care, the study will include innovative data collection using Teacher Tapp app technology. A separate sub-study of early care settings may also be included. This would involve live observations of around 600 childcare providers at ages three-four and four-five.

High quality, cleaned, and fully weighted datasets, along with data documentation and guidance following each wave of data collection will be produced, alongside non-response analyses and details of the weighting system applied.

The Children of the 2020s Study receives funding from the Department for Education.

Latest from the Children of the 2020s Study

Her Royal Highness, The Duchess of Cambridge today visited CLS to learn about the new Children of the 2020s study, and the invaluable contribution the centre’s existing birth cohort studies have made to our understanding of early child development.

New birth cohort study will study children of the 2020s

A new nationally representative birth cohort study launching in England this year will deliver valuable insights into child development, led by UCL researchers (Psychology & Language Sciences and Centre for Longitudinal Studies) and commissioned and funded by the Department for Education.

Key features of the study

A nationally representative sample of babies will be recruited from across England, with boosted representation of babies in the lowest quintile of disadvantage.

We will survey participants annually. The first data collection will take place when the cohort members are nine months old and the last one when they are age five.

There will be a big focus on linking administrative data to the survey data we collect. With participants’ consent, we will link educational and social care data, held by the Department for Education, to the study data.

The survey data we collect will be enriched with in-home observation and smartphone apps. 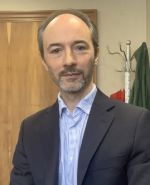 Pasco is a Clinical Psychologist and Director of the Developmental Neuroscience Unit at the Anna Freud National Centre for Children and Families (AFNCCF), member of the Senior Leadership Team of the AFNCCF’s Early Years Programme, Deputy Head of Department of the Clinical Psychology Department at UCL, and President of the Society for Emotion and Attachment Studies. He has extensive expertise in longitudinal research in the infancy and early childhood period, and in the measurement of the home environment and children’s cognitive and emotional development. 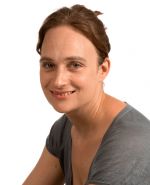 Alissa is Director of the Centre for Longitudinal Studies, leading the work of the Centre, with a particular focus on its scientific direction and external engagement. Alissa is also Co-Director of the new Early Life Cohort Feasibility Study, with overall responsibility for its scientific design and delivery, and is on the leadership team of the new Children of the 2020s Study.

Alissa is an economist whose main research interests relate to inequality, poverty, education policy, and the intergenerational transmission of income and well-being. In her previous employment, she served as deputy director of the Institute for Fiscal Studies. 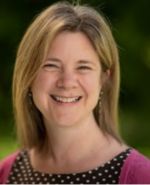 Sandra is a leading expert in the assessment of ECEC quality, and in training and leading observation teams as part of large-scale studies (MCS, GLF, Early Education Pilot, URLEY). She is highly knowledgeable about both policy and practice and has advised the Department for Education (e.g. Expert Panel on EY apps/Hungry Little Minds, EYFS revisions), the Education Endowment Foundation (e.g. EY toolkit, EY Literacy Guidance Report) and Ofsted. 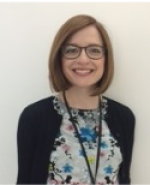 Sarah leads on Education, Children and Families research at Ipsos-MORI and has 18 years experience in survey research. She has extensive experience directing longitudinal studies involving families. She directed the Flying Start evaluation surveys of parents (two waves) which involved implementing child assessments from the British Ability Scales. She directed the Better Start evaluation pilots among parents of young babies and she oversaw the development phase of the Millennium Cohort Study age 14 and 17 surveys. Sarah sits on the Public Affairs Management Committee at Ipsos-MORI.