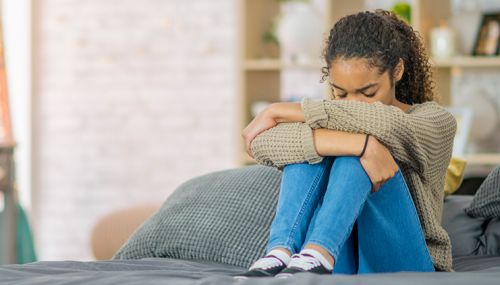 New findings published by the Centre for Longitudinal Studies (CLS) during Mental Health Awareness Week have revealed how teenage girls from less well-off families are more likely to experience mental ill-health than their better-off peers.

The research team analysed the results of a survey of 14-year-old boys and girls who all take part in the Millennium Cohort Study (MCS) – a study which is run by CLS and which has been following their lives closely since they were born. The researchers found that:

Dr Praveetha Patalay, from the University of Liverpool said “Rates of emotional problems among girls and boys are about the same during childhood. It’s only when they hit adolescence that these differences emerge, with teenage girls, and particularly those from poorer backgrounds, much more likely to experience worse mental health than teenage boys.

“We found a substantial link between being overweight and being depressed. Rates of both overweight and mental ill-health are increasing in childhood, and they both have enormous consequences through our lives. Tackling these two health issues should be a public health priority, and efforts to prevent each are likely to have positive consequences on the other.”

Professor Emla Fitzsimons, Director of the MCS, added: “The study, which includes thousands of adolescents from right across the UK, highlights a sharp increase in mental health problems amongst girls between ages 11 and 14.  Whether or not this worrying trend continues through adolescence remains to be seen, and I expect the spotlight to be on what the age 17 data tell us.

“These findings show that we need to intervene early in childhood in order to prevent mental health problems from emerging – waiting until problems manifest themselves in the adolescent years is simply too late.”

This new research is a follow-up to earlier findings from the MCS age 14 survey, published in September 2017, which showed that almost one in four girls, and one in ten boys, experience high levels of depressive symptoms.