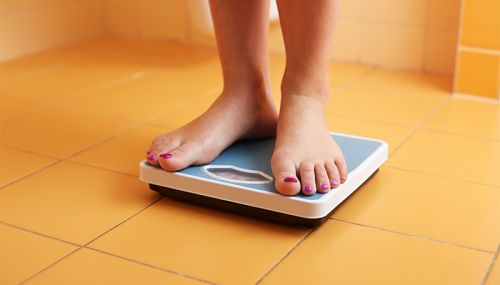 More than one third of UK teenagers are starting adult life with excess weight (either overweight or obese), and rates are even higher among the poorest, finds a new study led by UCL researchers.

The research, published today in a briefing paper by the Centre for Longitudinal Studies (CLS) at the UCL Social Research Institute, shows that one in five (21%) young people were obese at age 17, and a further one in seven (14%) were overweight, based on data collected in 2018-19.

In the observational study, researchers found that teens from the poorest families were at the greatest risk, with rates of obesity twice as high among this group compared to those from the richest households (28% versus 14%).

The research analysed data collected from a nationally representative group of over 10,000 teenagers* who have been taking part in the Millennium Cohort Study (MCS) since they were born in 2000-02. Using objective measures of participants’ height and weight, the research examined the prevalence of overweight, obesity, normal weight and also underweight among the cohort, from ages three to 17. The findings are based on calculating participants’ BMI (weight divided by height squared).

The MCS data shows that rates of obesity have been high among this generation throughout their formative years, with around one in 10 measuring as obese from ages three through to seven, rising to two in 10 from age 11 onwards. At age 17, just over 21% of the cohort was obese, with little difference in obesity levels between males and females.

Obesity rates among teenagers were strongly linked to household income, with those from the least well-off households the worst affected. Using income at birth as an indicator of socioeconomic status, the research showed that levels of overweight and obesity were higher among poorer children across the whole of childhood, and this socioeconomic gap became more pronounced as the cohort moved through adolescence.

Levels of overweight remained broadly stable between ages 14 and 17, at around 14% at both ages, and were similar in different household income groups.

Report co-author Professor Emla Fitzsimons (UCL Centre for Longitudinal Studies) said: “It’s a major concern that so many young people are an unhealthy weight and are starting off adult life facing an increased risk of greater long-term physical and psychological health problems. Levels of obesity among this generation are alarming, and are even more worrying given emerging evidence on links between excess weight and COVID-19.”

Report co-author Dr David Bann (UCL Centre for Longitudinal Studies) added: “Obesity rates in the UK have been a concern for decades and these high levels among 17-year-olds, affecting the disadvantaged most, suggest that previous policy initiatives haven’t worked.

“Without ambitious policy action, we expect this concerning trend to continue in future and have long-term health consequences. Action on obesity now will help to protect the NHS in future. The planned closure of Public Health England leaves us with a pressing need for an independent properly funded organisation which has obesity strategy as part of its remit.”

The findings in this study are based on calculating cohort members’ BMI. This is widely used as a simple and reliable way of finding out whether a person is a healthy weight for their height. However, it is possible that some cohort members were misclassified as being overweight or obese due to high lean (muscle) mass levels instead of high fat mass levels.

* The data was collected when cohort members were age 17.

E Fitzsimons, D Bann. Obesity prevalence and its inequality from childhood to adolescence – Initial findings from the Millennium Cohort Study Age 17 Survey and accompanying appendix are both available on the CLS website.

Height was measured using a Leicester height measure stadiometer. Weight and body fat measurements were taken using Tanita scales (BF-522W). All interviewers were trained and accredited in using this equipment.

Sex at birth was used. Income was based on household income at baseline (age 9 months), which has been adjusted for household size (using OECD schema) and classified into quintiles.

The Millennium Cohort Study (MCS) is following 19,517 young people born across the UK in 2000-01, building a uniquely detailed portrait of the children of the new century. The last survey of parents and children took place in 2018-19 when the study members were age 17. Data from the Age 17 Survey is now available. The MCS is funded by the Economic and Social Research Council and a consortium of government departments, and managed by the UCL Centre for Longitudinal Studies at the UCL Social Research Institute. Visit www.cls.ucl.ac.uk/cls-studies/millennium-cohort-study/

The UCL Centre for Longitudinal Studies (CLS) is a resource centre based at the UCL Social Research Institute. CLS is home to four national longitudinal cohort studies, which follow the lives of tens of thousands of people. The Centre is funded by the Economic and Social Research Council (ESRC). Visit www.cls.ucl.ac.uk

The UCL Social Research Institute (SRI) is one of the leading centres in the UK for multidisciplinary teaching and research in the social sciences. Based at the UCL Institute of Education, and with more than 180 academic, research and professional staff, it works to advance knowledge and to inform policy in areas including gender, families, education, employment, migration, inequalities, health and child/adult wellbeing. Visit www.ucl.ac.uk/ioe/departments-and-centres/departments/ucl-social-research-institute.

The Economic and Social Research Council (ESRC). The ESRC, which funds the UCL Centre for Longitudinal Studies, is part of UK Research and Innovation, a non-departmental public body funded by a grant-in-aid from the UK government. For more information, visit www.ukri.org.