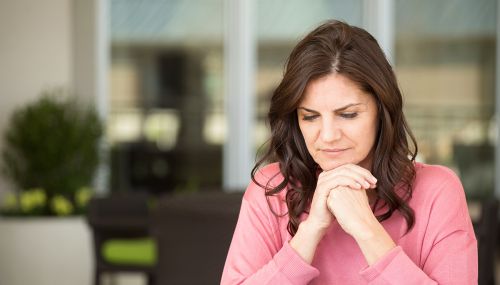 Baby Boomers and Generation X are at the greatest risk of mental ill-health in middle age, finds new research by UCL.

The researchers based at the Centre for Longitudinal Studies at the UCL Social Research Institute analysed data collected over the past four decades on more than 28,000 adults who are participating in three of Britain’s birth cohort studies. They examined participants’ reports of their mental health between the ages of 23 and 69 to investigate rates of psychological distress during adulthood, and how they differed across generations.

Among those born in 1946, rates of psychological distress were observed to decline as they reached their 60s. Prevalence of mental ill-health decreased from 18% at age 60-64 to 15% at age 69.

Co-author, Professor George Ploubidis (UCL Centre for Longitudinal Studies) said: “Thanks to longitudinal data collected from almost 30,000 adults over the past four decades we can examine the trajectory of mental ill-health across two generations since the early 1980s.

“Midlife tends to involve a ‘peak’ in career, with middle-aged adults acquiring increasing responsibility as the ‘decision-makers’ in society, which is accompanied by reduced leisure time, and elevated job-related stress. Middle age is also often associated with changes to family structure, which may be linked with mental health, such as empty nest syndrome and rising rates of divorce. As people approach their 50s, they are also more likely to be parents and simultaneously care for ageing parents. The added pressures of the COVID-19 pandemic may therefore have a more pronounced detrimental effect on the mental health of middle-aged adults as many have increased responsibilities, such as homeschooling their children and caring for older and vulnerable relatives.

“Generation X were more likely to have psychological distress than the Baby Boomers across their lives. They entered the job market in the late 1980s and early 1990s during a period of recession and high unemployment, and also found it more difficult than earlier generations to get on the housing ladder. As a result, these particular circumstances may have had a lasting effect on the mental health of this generation throughout adulthood.”

Co-author, Dr Dawid Gondek (UCL Centre for Longitudinal Studies) added: “Mental health in adolescence and older age tends to gain much more attention than psychological distress in middle age, despite adults being particularly vulnerable to mental ill-health at this stage of life. Our study suggests that increased attention should be paid to the detection and management of mental health in middle age, for instance in primary care. It also implies the need for increased public awareness of psychological problems during midlife.”

The Telegraph (£) – Midlife stress is bad at the best of times, but the Sandwich Generation is at breaking point

Psychological distress: Cohort members taking part in the 1946 study completed a range of questionnaires to measure psychological distress across adulthood. These included a clinical interview for the frequency and severity of psychiatric symptoms in the preceding month at age 36 (the Present State Examination; PSE); an interviewer-administered 18-item instrument derived from the PSE, focusing on symptoms of anxiety and depression during the preceding year at age 43 (the Psychiatric Symptom Frequency; PSF) and a self-administered questionnaire assessing symptoms of anxiety and depression in the preceding four weeks at ages 53, 60-64 and 69 (the 28-item General Health Questionnaire; GHQ).

At all ages during adulthood, 1958 and 1970 study members completed the Malaise Inventory, a measure of psychological distress, or depression and anxiety symptoms.

The main aim of the study was to investigate the profile of psychological distress within the same individuals in each birth cohort. As the questionnaires used across the 1946 study differed, it was necessary for the researchers to select common measures of psychological distress from each survey to ensure that the results were comparable across all ages. This was not an issue for NCDS and BCS70, since the same measure – the Malaise Inventory – was used for both birth cohorts. Nonetheless, to facilitate comparisons between the cohorts, the researchers found comparable measures of psychological distress within and across all three birth cohorts. This is thought to be the first attempt to correct for measurement error due to different measures of mental health in the British birth cohorts. Read more about this data harmonisation project: https://www.closer.ac.uk/research-fund-2/data-harmonisation/harmonisation-mental-health-measures-british-birth-cohorts/

The Medical Research Council (MRC) National Survey of Health and Development (NSHD) is the oldest and longest running of the British birth cohort studies; it is a nationally representative sample (N=5,362) of men and women born in England, Scotland or Wales in March 1946. The NSHD is managed by the MRC Unit for Lifelong Health and Ageing at UCL. http://www.nshd.mrc.ac.uk/

The National Child Development Study (NCDS) follows the lives of over 17,000 people born in England, Scotland and Wales in a single week of 1958. Since the initial birth sweep, they have taken part in ten surveys, at ages 7, 11, 16, 23, 33, 42, 46, 50, 55 and 60. Over the course of cohort members’ lives, NCDS has collected information on health, physical, educational and social development, and economic circumstances, among other factors. The study is funded by the Economic and Social Research Council and managed by the Centre for Longitudinal Studies at UCL Social Research Institute. https://cls.ucl.ac.uk/cls-studies/1958-national-child-development-study/

The 1970 British Cohort Study (BCS70) is following the lives of more than 17,000 people born in England, Scotland and Wales in a single week of 1970. Since the birth survey in 1970, there have been nine further surveys of all cohort members at ages 5, 10, 16, 26, 30, 34, 38, 42 and 46. Over the course of cohort members’ lives, BCS70 has collected information on health, physical, educational and social development, and economic circumstances, among other factors. The study is funded by the Economic and Social Research Council and managed by the Centre for Longitudinal Studies at UCL Social Research Institute. https://cls.ucl.ac.uk/cls-studies/1970-british-cohort-study/