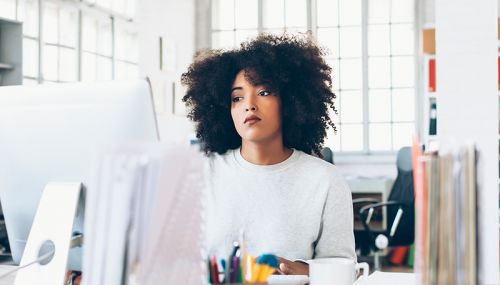 Researchers from the Centre for Longitudinal Studies analysed information on more than 7,700 young people from across England who were born in 1989-90 and are being followed by a study called Next Steps.

Sixty-four per cent of 25-year-olds disagreed or strongly disagreed with the statement that ‘Britain is a place where hard work is rewarded’, suggesting that many twentysomethings do not see Britain as a ‘meritocracy’.

More than half (56%) of young adults were disengaged from politics, with women (62%) more likely to show an interest than men (50%).

Although many young people appeared to be dissatisfied with the labour market and political landscape, they were mostly positive about their lives and future prospects.

Fifty-nine per cent felt that they had better opportunities than their parents, with those from Bangladeshi (83%) and Pakistani (78%) backgrounds more optimistic than White adults (57%). Overall, women (61%) were slightly more likely to think things had improved for their generation than men (57%).

Nearly nine in ten (87%) 25-year-olds were confident in their ability to achieve their goals if they put the effort in, while only a third (32%) believed that success was down to luck.

Lead author, Dr Morag Henderson said: “Despite an increase in living standards and material comforts, today’s young adults face many economic and political challenges. As a result, the formation of identity, perception of opportunity, and political values are likely to vary considerably.

“These initial findings indicate a certain degree of apathy among 25-year-olds, with more than half saying they have little interest in politics and that hard work goes unrewarded in Britain.

“However, on the whole this generation remains positive, with the majority feeling that their opportunities in life have improved compared to those of their parents.”

Politics, perceptions and identity – Initial findings from the Next Steps Age 25 Sweep (PDF)