The UK’s unique scientific versions of the 7-Up series 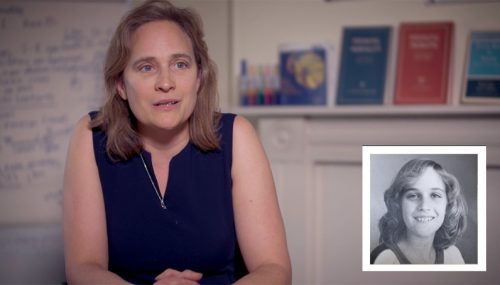 I first encountered the brilliant Michael Apted 7-Up TV series as a 9 year old (pictured) in primary school, back in 1981, not long after 21-Up had been made. Instead of lessons, our teacher Miss Price let us watch TV over several afternoons. I remember watching, captivated, as the lives of the children unfolded, from (as we saw it then) tiny little 7 year olds, through to awkward teenagers, and into late 1970s youth.

Some of the captivation was simple: the mystery of life, and what happens next, resolving before our very eyes. But there was also a more serious lesson: that our social and economic circumstances from birth and onwards fundamentally shape our lives, and who we become.

It wasn’t until I was an adult, as a young economist embarking on a career in research, that I discovered that in the UK we have a set of national, large-scale scientific studies that are also completely unique in the world.

These are the scientific versions of 7-Up. Following whole generations born in 1946, 1958  (almost identical in age to 7-Up), 1970 and the millennium, they have followed thousands of babies from birth and periodically across their whole lives, systematically tracing their lifetime experiences and the factors that shape how their lives turn out.

Their data are accessible and used by researchers all around the world. Over the years, they’ve spawned thousands of scientific papers, and influenced policymaking in many ways.

My first encounter with these studies was back in the early 1990s, when the age 33 survey of the National Child Development Study – the 1958 birth cohort – had recently been carried out (and just around when the 7-Up generation were turning 35). Working with this data for the first time was another astounding moment – just like my primary school discovery of 7-Up.

I was part of a research group trying to understand why inequality had risen so much over the 1980s in the UK, and why it was proving so stubbornly hard to shift (something we are still working on, now as part of the Deaton review).

Entrenched economic and health inequalities, and correlations that revealed some of their core roots jumped out from the data. For example, we saw the strong links between children’s early childhood cognitive tests at the age of 7, and their educational attainment and earnings many years later. Importantly, we could see a very strong intergenerational link: those from economically advantaged childhoods were far more likely to do well in cognitive tests and school exams than those who grew up in families who were less well off.

As well as inequalities in education, we found another root cause of the economic inequalities that we observe in our society, which most economists at that time had overlooked, namely: children’s mental health. Mental health problems in childhood are strongly linked to family background, and can have major economic as well as social consequences later in life.

These, as well as many other findings from the study have been highly influential, revealing truths that we now take for granted: such as the extent of the social mobility problem, the long-term harmful effects of smoking in pregnancy, the developmental origins of adult mental health problems in childhood, and the genetic underpinnings of many common diseases.

As fate would have it, I’m now Director of the 1958 cohort study as, like the 7-Up generation, they have reached their early 60s. It is among the very few large-scale studies in the world to link circumstances from birth all the way through to middle, and older age.

And just like in 7-Up they are already revealing some of the very real vulnerabilities that are emerging in older age for some, while demonstrating the protective power of early advantage, or sheer resilience to adversity in others.

Just as 7-Up’s Symon explains, “It’s taken me 60 years to understand who I am,” our studies, and the lives of our members, continue to surprise and tell us new truths. And although the show’s creator, Michael Apted thinks this latest instalment could be the last, we aim to continue our studies for as long as we can, providing new evidence to help advance science and improve society.

If you’d like to find out more about the history and contribution of the 1958 cohort, it has been recently been chronicled in a commemorative book and film that celebrate the first 60 years of the study.

This article was first published on the IOE London Blog.