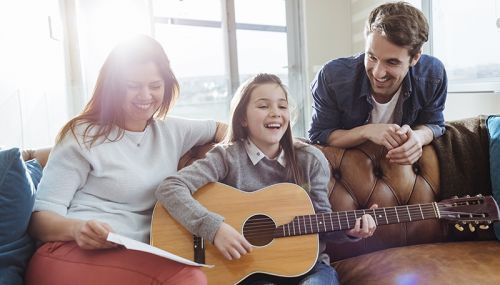 Children who play and listen to music, draw and paint, and read for pleasure tend to have higher levels of self-esteem, new research shows.

Researchers from University College London analysed information on more than 6,000 young people born across the UK at the turn of the century, who are taking part in the Millennium Cohort Study. They looked at information on how often children took part in arts activities at age 11, such as listening and playing music, drawing, painting and making things, and reading for enjoyment. They also examined the 11-year-olds’ responses to a series of questions used to gauge their self-esteem.

The researchers took into account a range of background factors that may have affected children’s self-esteem or their level of engagement in the arts, such as sex and ethnicity, how well they got on with their parents, and whether they had any social, emotional or behavioural problems. They also considered the parents’ marital status, educational level, employment status and mental health, as well as how often they engaged in arts activities with their children.

Children who participated in arts activities most days tended to have higher levels of self-esteem than those who never took part in arts, or did so less than once a month. Children who listened to and played music on most days scored, on average, 16 per cent higher on questions related to their self-esteem. Painting, drawing and making things provided a 32 per cent boost, and reading for enjoyment a 22 per cent increase.

The researchers considered whether the boost to self-esteem could be explained by the fact that arts activities offer children and parents an opportunity to spend time together. Children who listened to or played music, or read for pleasure with their parents at least once or twice a week had higher levels of self-esteem than those who only did these activities with their parents less often. The link between painting, drawing and making things and children’s higher levels of self-esteem was not explained by parents’ involvement.

Among children who were heavily involved in the arts, the researchers examined whether artistic talent explained the link with higher self-esteem. Those who had been rated by their teachers as having above average ability in music, or art and design did not tend to have higher levels of self-esteem, compared to similar children who were rated as less gifted in the arts by their teachers.

The study’s authors said that the arts can “give rise to a sense of accomplishment and to feelings of self-worth in their own abilities and help enhance self-empowerment, self-esteem and self-worth.

“Arts also allow distractions in which the individual will feel more in control of their environment and provide opportunities for ongoing challenges and skills improvement that could potentially be beneficial to one’s self-esteem. They have been shown to support a sense of social identity and foster social cohesion through making arts as a group or using arts as communication.

“Parental involvement in arts activities allows parents to spend time with their children and helps facilitate trust and cooperation through mutual engagement, which are important for children’s positive mental wellbeing development.

“The relevance of this research to the design and delivery of arts programmes for health is clear: arts engagement may well be important in supporting children’s self-esteem – a core marker of positive development – and thereby may play a role in reducing children’s inequalities as they enter adulthood.”

‘Arts engagement and self-esteem in children: results from a propensity score matching analysis,’ by Hei Wan Mak and Daisy Fancourt was published in the Annals of the New York Academy of Sciences in April 2019.