Support for mothers with intellectual impairments may benefit children’s wellbeing 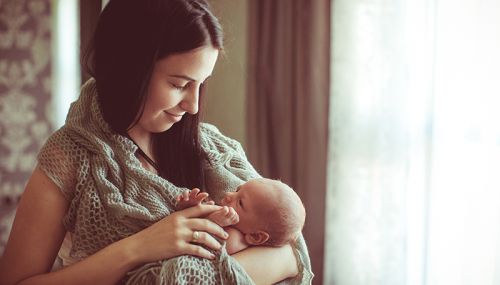 Mums living with intellectual and developmental disabilities tend to live in poverty, have a chaotic home environment and report poorer mental health during their children’s early years.

Findings from the Millennium Cohort Study (MCS) showed that these factors had a negative impact on children’s social and emotional wellbeing.

Researchers from the University of Sydney analysed data on more than 18,000 children born across the UK in 2000-01 who are taking part in MCS.

When their children were 9 months old, mothers were asked questions about their own health and schooling to determine whether they had intellectual or developmental disabilities. Only 74 mothers (0.4%) were classified as having an intellectual impairment.

Mums were also asked about their children’s wellbeing, conduct and relationships with peers at 3, 5 and 7 years old.

Mothers with intellectual and developmental disabilities had higher odds of being in poverty at all ages, compared to those without these disorders. When their children were 3, they were also more likely to have poorer mental health and a chaotic home environment.

At 3 and 5, children of mothers with intellectual impairments tended to have emotional and behavioural issues. At 5 and 7 they were also more likely to feel socially excluded by their peers.

Researchers noted that it was the circumstances at home, rather than the mothers’ intellectual and developmental disabilities themselves, that had a direct negative effect on children’s wellbeing.

The report said: “Children of mothers with intellectual impairment are more likely than their peers to be exposed to adverse living conditions. These living conditions may explain, at least in part, why these children face a heightened risk of poor social-emotional wellbeing at age 3 and 5.

“Improving the living conditions of mothers with intellectual impairment may offer a pathway to child social-emotional wellbeing.”

‘The Social-Emotional Well-being of Children of Mothers with Intellectual Impairment: A Population-Based Analysis’by Gabrielle Hindmarsh, Gwynnyth Llewellyn and Eric Emerson was published in the Journal of Applied Research in Intellectual Disabilities in November 2016.