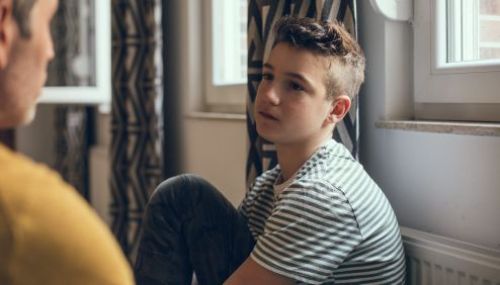 Substance use and antisocial behaviour are more likely to go hand-in-hand with poor mental health for generation Z teens compared to millennial adolescents growing up a decade earlier, finds a new UCL study.

Researchers from the Centre for Longitudinal Studies (CLS) at the UCL Social Research Institute and the University of Liverpool analysed data collected from two cohorts, born a decade apart, when they were 14 years old. The younger generation Z group was made up of more than 11,000 young people born across the UK in 2000-02, who are being followed by the Millennium Cohort Study. The older group of millennials consisted of just over 5,600 people who were born in the Bristol area in 1991-92 and are being followed by the Children of the 90s study.

The research, published in the Journal of Adolescent Health, reveals that even though rates of alcohol consumption, smoking, and assault among young people fell over the 10 year period – between 2005-2015 – the association between these behaviours and depressive symptoms was stronger for generation Z.

Co-author, Dr Praveetha Patalay (UCL Centre for Longitudinal Studies and MRC Unit for Lifelong Health and Ageing) said: “While it’s good news that underage smoking and drinking appears to have become less common in more recent cohorts, we found that young people who did engage in these activities were more likely to also experience mental health difficulties compared to previous generations.”

The researchers examined the prevalence of mental ill-health, substance use, antisocial behaviour, high body mass index (BMI) and perception of excess weight among both cohorts at age 14, and then looked at how likely they were to occur together.

Rates of depression among adolescents had almost doubled in the 10 years between the two generations ­– from 9% to 16% – but prevalence of antisocial behaviour and substance use, behaviours which have been recognised as predicting poor adolescent mental health in previous studies, had decreased over the decade.

Among both generations, prevalence of mental ill-health was higher among those who reported underage drinking, smoking and assault. However, these risky behaviours and mental ill-health were more likely to occur together among generation Z teens than millennials. For example, among generation Z, those who had tried smoking were almost twice as likely to also have depressive symptoms compared to millennial youths.

The researchers also examined the link between excess weight and poor mental health. They found that rates of obesity among young people had almost doubled over a decade,  from 4% to 8%. Generation Z teens were also more likely to perceive themselves as being overweight or obese compared to their older counterparts at the same age (33% versus 26%).  Among generation Z, those who were overweight or obese and those who perceived themselves to have a high BMI were more likely to also report depressive symptoms at age 14 compared to similar millennial adolescents a decade earlier.

Dr Patalay said: “Among young people in generation Z, it appears that engagement in risky behaviours has disproportionately reduced in those without mental health difficulties, meaning that substance use and antisocial behaviours have become over-represented among those with poor mental health. This closer link between depression and potentially health-harming activities among more recent generations is concerning, and should be considered in public health planning and clinical care provision.”

Co-author, Dr Suzanne Gage (University of Liverpool) added: “Substance use, antisocial behaviours, body image issues and depression tend to begin in adolescence, and have long lasting effects for individuals and society. This research reveals a closer link between these risky behaviours and poor mental health for more recent generations of teens. Understanding more about how these behaviours interact in adolescence will be vitally important for policy and practice, so future generations can be supported better.”

Associations between adolescent mental health and health-related behaviours in 2005 and 2015: A population cross-cohort study by Suzanne Gage and Praveetha Patalay is available on the Journal of Adolescent Health website.

Depressive symptoms
At age 14, young people in both studies answered 13 questions that assess the extent (not true, sometimes true, true) of difficulties in the previous two weeks such as feeling miserable, tired, lonely, crying and hating oneself. A score above an established threshold is indicative of suffering from depression.

Substance use
Study participants were asked whether they had ever tried smoking, alcohol, cannabis and any other drugs and if they had engaged in heavy drinking and weekly smoking. To create a combined substance use index score, measures of ever trying the following substances: tobacco, alcohol, cannabis or other drugs combined was created with a range of 0 (tried no substances) to 4 (used all substances). The study also investigated the extent of use with tobacco (weekly smoking) and alcohol (heavy drinking).

Health behaviours
The study includes measures of Body Mass Index (BMI) (derived from objectively measured height and weight as measured by interviewer), and weight perception (perceiving oneself as overweight).

Comparing the two cohorts
A key strength of this investigation is the use of two large contemporary cohorts with comparable measures – of mental ill-health, substance use, antisocial behaviours, weight and weight perception – available at the same age. It is important to note that one cohort, Children of the 90s, is a regional cohort and the Millennium Cohort Study is a national cohort. However, we account for differences in the composition of these cohorts in our analyses.

The Millennium Cohort Study (MCS) is following 19,517 young people born across the UK in 2000-02, building a uniquely detailed portrait of the children of the new century. The last survey of parents and children took place in 2018-19 when the study members were age 17. Data from the Age 17 Survey is now available. The MCS is funded by the Economic and Social Research Council and a consortium of government departments, and managed by the UCL Centre for Longitudinal Studies at the UCL Social Research Institute. Visit www.cls.ucl.ac.uk/cls-studies/millennium-cohort-study/

Established in 1991, Bristol’s Children of the 90s (CO90s), also known as the Avon Longitudinal Study of Parents and Children, charts the lives of 14,500 people born in the former county of Avon between April 1991 and December 1992 as well as the lives of their parents and their children, where applicable. Based at the University of Bristol, CO90s is the most detailed study of its kind in the world, providing a rich resource for the study of the environmental, biological and genetic factors that affect health and development. The study receives its core funding from the UK Medical Research Council, the Wellcome Trust and the University of Bristol and additional support from many other funders for individual projects. http://www.bristol.ac.uk/alspac/

The University of Liverpool. Associated with nine Nobel Laureates, the University is recognised for its high-quality teaching and research. Our research collaborations extend worldwide and address many of the grand challenges facing humankind today. https://www.liverpool.ac.uk/about/