Among Black African and Caribbean families, why are children from advantaged backgrounds more likely to be obese than their less privileged peers? And, do adolescents from religious families tend to fare better in their GCSEs?

Are teens spending too much time online to the detriment of their sleep and health? And, what role does household income play in children’s cognitive development, compared to parents’ education?

This quarter we have added 23 new papers to the CLS Bibliography, a searchable database of research based on the 1958, 1970, Next Steps and millennium cohort studies. The research addresses pertinent questions in the fields of child development, education and social mobility, to health and wellbeing, families, and ageing. 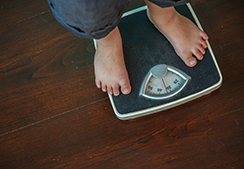 The UCL Centre for Longitudinal Studies research found that White children from less advantaged homes had a 13 per cent higher risk of being overweight or obese than White children who were more advantaged. The opposite was true for Black African and Caribbean children, as the researchers found that those from poorer homes had a 37 per cent lower risk of being overweight or obese than Black children from richer families. Among Indian children, there was no statistically significant difference between those of wealthier and poorer parents. This was also true of Pakistani and Bangladeshi children.

When richer doesn’t mean thinner: ethnicity, socio-economic position and the risk of child obesity in the U.K. by Alice Goisis, Melissa Martinson and Wendy Sigle was published in Demographic Research (Millennium Cohort Study)

Social origin, field of study and graduates’ career progression: does social inequality vary across fields? by Marita Jacob and Markus Klein was published in the British Journal of Sociology (1970 British Cohort Study)

Religion, religiosity and educational attainment: evidence from the compulsory education system in England by John Moffat and Hong Il Yoo was published in Applied Economics (Next Steps)

‘First in Family’ University Graduates in England by Morag Henderson, Dominique Shure, and Anna Adamecz-Völgyi was published in the IZA Discussion Paper (Next Steps)

Prevalence and Correlates of Meeting Sleep, Screen-Time, and Physical Activity Guidelines Among Adolescents in the United Kingdom by Natalie Pearson, Lauren B. Sherar, Mark Hamer was published in JAMA Pediatrics (Millennium Cohort Study)

No Evidence for Association of BMI with Salivary Amylase Gene Copy Number in the UK 1958 Birth Cohort by Nzar AA Shwan, and John AL Armour was published in Obesity (National Child Development Study)

Self-rated Health Over the Life Course: Evidence from the 1958 and 1970 British Birth Cohorts by George B. Ploubidis and Benedetta Pongiglione was published in Pathways to Health (National Child Development Study and 1970 British Cohort Study)

Modelling the socio-economic determinants of fertility: a mediation analysis using the parametric g-formula by Maarten J. Bijlsma and Ben Wilson was published in the Journal of the Royal Statistical Society: Series A  (1970 British Cohort Study)

Does smoking, drinking, physical activity, and self-reported health mediate the relation between education and voting during midlife? Evidence from the 1958 national child development study by T. Gagné, I. Schoon, and A. Sacker was published in the Journal of Epidemiology and Community Health  (National Child Development Study)

Sibling Bullying in Middle Childhood is Associated with Psychosocial Difficulties in Early Adolescence: The Case of Individuals with Autism Spectrum Disorder by Umar Toseeb, Gillian McChesney, Jeremy Oldfield and Dieter Wolke was published in the Journal of Autism and Developmental Disorders (Millennium Cohort Study)

Is socioeconomic inequality in postnatal depression an early-life root of disadvantage for children? by Jemimah Ride was published in The European Journal of Health Economics (Millennium Cohort Study)

What moderates the scarring effect of youth unemployment on later life mental health? by L Wright, J Head and S Jivraj was published in the Journal of Epidemiology and Community Health (Next Steps)

Climbing Up Ladders and Sliding Down Snakes: An Empirical Assessment of the Effect of Social Mobility on Subjective Wellbeing by Paul Dolan and Grace Lordan was published in SSRN (1970 British Cohort Study)