Are people particularly vulnerable to mental ill-health in midlife? And, are graduates with student loan debt less likely to become homeowners?

Does air pollution have an impact on children’s cognitive development? And have changes in people’s living arrangements during the COVID-19 pandemic led to increased stress?

Researchers from around the world have been using CLS study data to tackle these and other important questions.

Below is a round-up of 70 new pieces of research that we’ve added to the CLS bibliography between January and March 2021. The research addresses pertinent questions in the fields of child development, education, health and mental health, and survey methods.

The CLS bibliography is a searchable database of research using the 1958, 1970, Next Steps and millennium cohort studies. If you have a paper to add to the bibliography, please contact us. 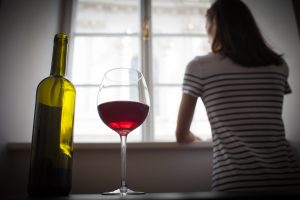 1970 British Cohort Study participants were asked about their drinking habits in 2016-18 as part of the Age 46 Sweep, and again in May 2020 during the first sweep of the COVID-19 Survey in Five Longitudinal Studies. Researchers from Maynooth University, Ireland and the University of Liverpool found that rates of “high-risk drinking” – drinking too heavily or too frequently – had increased by 5 percentage points during the first lockdown compared to rates in 2016-2018 (from 19.4% to 24.6%). The number reporting drinking four or more times a week had more than doubled (from 12.5% to 26%).

High-Risk Drinking in Midlife Before Versus During the COVID-19 Crisis: Longitudinal Evidence From the United Kingdom by Michael Daly and Eric Robinson was published in The American Journal of Preventive Medicine (1970 British Cohort Study).

Inequality in skills for learning: do gaps in children’s socio-emotional development widen over time according to family background? by Matthew van Poortvliet was published in Oxford Review of Education (Millennium Cohort Study – paywall)

The bilingual gap in children’s language, emotional, and pro-social development by Deborah A Cobb-Clark, Colm Harmon and Anita Staneva was published in IZA Journal of Labor Economics (Millennium Cohort Study)

The role of parental and child physical and mental health on behavioural and emotional adjustment in mid-childhood: a comparison of two generations of British children born 30 years apart by Sam Parsons, Alice Sullivan, Emla Fitzsimons and George Ploubidis was published in Longitudinal and Life Course Studies (Millennium Cohort Study and 1970 British Cohort Study)

Just a phase? Mapping the transition of behavioural problems from childhood to adolescence by Joe Bathelt, Anna Vignoles and Duncan E Astle was published in Social Psychiatry and Psychiatric Epidemiology (1970 British Cohort Study)

Educational Expectations: Do Ethnicity and Religion Make the Difference between Genders? by Giuseppina Autiero and Annamaria Nese was published in Forum for Social Economics (Millennium Cohort Study – paywall)

The impact of the dyslexia label on academic outlook and aspirations: An analysis using propensity score matching by Cathryn Knight was published in British Journal of Educational Psychology (Millennium Cohort Study)

The intergenerational transmission of language skill by Alice Sullivan, Vanessa Moulton and Emla Fitzsimons was published in The British Journal of Sociology (Millennium Cohort Study)

Having a sibling is like a treasure? Care for ageing parents by adult children with and without siblings by Jenny Chanfreau and Alice Goisis was published as a CLS Working Paper (1970 British Cohort Study and National Child Development Study – working paper)

The Impact of Social Networking Sites Use on Health-Related Outcomes Among UK Adolescents by Alexander Serenko, Ofir Turel and Hafsa Siddiqui was published in Computers in Human Behavior Reports (Millennium Cohort Study)

Family income matters! Tracking of habitual car use for school journeys and associations with overweight/obesity in UK youth by Robert J Noonan was published in Journal of Transport & Health (Millennium Cohort Study)

Understanding the relationship between intellectual disability, poverty and health variables in the UK and Brazil by Laura Barlow was published as a PhD thesis (Millennium Cohort Study – PhD thesis)

Data Quality in Web and App Diaries: A Person-Level Comparison by Stella Chatzitheochari and Elena Mylona was published in Journal of Time Use Research (Millennium Cohort Study)

Determinants of consent to administrative records linkage in longitudinal surveys: evidence from Next Steps by Darina Peycheva, George Ploubidis and Lisa Calderwood was published in Advances in Longitudinal Survey Methodology (Next Steps – paywall)