How much does one’s family background influence their midlife wellbeing? And, what effect does technology engagement have on teenage sleep?

What is the psychological impact of having to work part-time when full-time jobs are not available? And, how important is cognitive ability in helping people climb the social ladder?

This quarter we have added 43 new papers to the CLS Bibliography, a searchable database of research based on the 1958, 1970, Next Steps and millennium cohort studies. The research addresses pertinent questions in the fields of child development, education, social mobility, health and wellbeing, and survey methods. 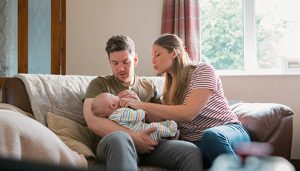 than 11,700 men and women born across England, Scotland and Wales in a single week in 1958, who are being followed by the National Child Development Study. They examined data from blood tests and health checks taken at age 45, and compared the results for men and women who had become parents at different ages, taking into account other factors that may have influenced their health and when they started having children. Young parents were at greater risk of cardiovascular and metabolic disorders by middle age, compared to their peers who had their children later.

Raising Aspirations and Higher Education: Evidence from the United Kingdom’s Widening Participation Policy by Lucia Rizzica was published in the Journal of Labor Economics (Next Steps – paywall)

How is life as a recently qualified teacher? New evidence from a longitudinal cohort study in England by John Jerrim was published in the British Journal of Educational Studies (Next Steps)

The Role of Radical Economic Restructuring in Truancy from School and Engagement in Crime by Stephen Farrall, Emily Gray and Philip Mike Jones was published in the British Journal of Criminology (National Child Development Study and 1970 British Cohort Study)

Does the social context of early alcohol use affect alcohol-related harms in adulthood? Findings from a national birth cohort by James White, Steven Bell and G. David Batty was published in Preventive Medicine (1970 British Cohort Study)

Teenage sleep and technology engagement across the week by Amy Orben and Andrew K. Przybylski was published in PeerJ (Millennium Cohort Study)

On the long-run association between personality traits and road crashes: Findings from the British cohort study by Eduardo Martínez-Gabaldón and Ildefonso Méndez Martínez was published in Personality and Individual Differences (1970 British Cohort Study – paywall)

Electronic and Combustible Cigarette Use in Adolescence: Links With Adjustment, Delinquency, and Other Substance Use by Jeremy Staff, Jennifer L. Maggs, Christopher Seto, Julia Dillavou, Mike Vuolo was published in the Journal of Adolescent Health (Millennium Cohort Study)

Changes in the association between social housing tenure and child outcomes across cohorts: comparing the millennium and British cohort studies by Bilal Nasim was published in the Journal of Children and Poverty (1970 British Cohort Study and Millennium Cohort Study – paywall)

Family Income Gradients in Adolescent Obesity, Overweight and Adiposity Persist in Extremely Deprived and Extremely Affluent Neighbourhoods but Not in Middle-Class Neighbourhoods: Evidence from the UK Millennium Cohort Study by Michael Osei Mireku and Alina Rodriguez was published in the International Journal of Environmental Research and Public Health (Millennium Cohort Study)

Understanding the mobility chances of children from working-class backgrounds in Britain: How important are cognitive ability and locus of control? by Bastian A. Betthäuser, Mollie Bourne and Erzsébet Bukodi was published in The British Journal of Sociology (1970 British Cohort Study – paywall)

Personal contacts, employment and social mobility in Britain by Martin Culliney was published in the Journal of Education and Work (1970 British Cohort Study – paywall)