Are boys more sensitive to the state of the local job market when choosing their GCSE subjects? And why are migrant and ethnic minority mothers at increased risk of mental ill health?

Do children’s levels of daily exercise vary by family background or ethnicity? And why are children from disadvantaged backgrounds at greater risk of being bullied?

This quarter we have added 26 new papers to the CLS Bibliography, a searchable database of research based on the 1958, 1970, Next Steps and millennium cohort studies. The research addresses pertinent questions in the fields of child development, education and social mobility, to health and wellbeing, families, and ageing. 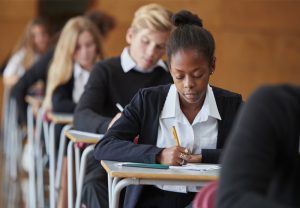 Young people of all academic abilities are more likely to fare better in their GCSE exams if they have confidence in their school work, new research shows. The UCL Institute of Education study analysed data from Next Steps, a study of 16,000 people born in 1989-90 who attended secondary school in England.

The most able pupils with the greatest confidence in their school work were 19 per cent more likely to achieve five ‘good’ GCSE passes than similarly able young people who had the least self-belief. Among the least able pupils, those who reported the most academic self-belief were 15 per cent more likely than those with the least confidence to gain five ‘good’ GCSE passes.

Is socioeconomic inequality in postnatal depression an early-life root of disadvantage for children? by Jemimah Ride was published in The European Journal of Health Economics (Millennium Cohort Study)

The determinants of student loan take-up in England by Ariane de Gayardon, Claire Callender and Francis Green was published in Higher Education (Next Steps)

The role of local labour market conditions and pupil attainment on post-compulsory schooling decisions by Elena Meschi, Joanna Swaffield and Anna Vignoles was published in the International Journal of Manpower (Next Steps)

Are there sensitive neighbourhood effect periods during the life course on midlife health and wellbeing? by Stephen Jivraj, Paul Norman, Owen Nicholas and Emily T. Murray was published in Health and Place (National Child Development Study and 1970 British Cohort Study)

Internalising and externalising behaviour profiles across childhood: The consequences of changes in the family environment by Afshin Zilanawala, Amanda Sacker and Yvonne Kelly was published in Social Science and Medicine (Millennium Cohort Study)