Reading for pleasure puts children ahead in the classroom, study finds 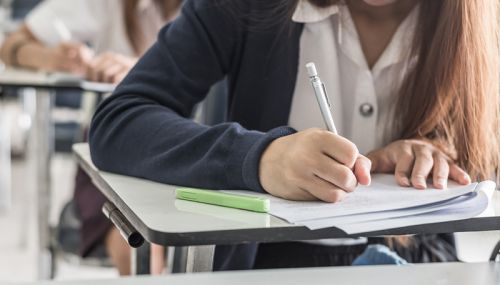 Children who read for pleasure are likely to do significantly better at school than their peers, according to new research from the Institute of Education (IOE).

The IOE study, which is believed to be the first to examine the effect of reading for pleasure on cognitive development over time, found that children who read for pleasure made more progress in maths, vocabulary and spelling between the ages of 10 and 16 than those who rarely read.

The research was conducted by Dr Alice Sullivan and Matt Brown, who analysed the reading behaviour of approximately 6,000 young people being followed by the 1970 British Cohort Study, which is funded by the Economic and Social Research Council. They looked at how often the teenagers read during childhood and their test results in maths, vocabulary and spelling at ages 5, 10 and 16.

The researchers, who are based in the IOE’s Centre for Longitudinal Studies, compared children from the same social backgrounds who had achieved the same test scores as each other both at ages 5 and 10. They discovered that those who read books often at age 10 and more than once a week at age 16 gained higher results in all three tests at age 16 than those who read less regularly.

Perhaps surprisingly, reading for pleasure was found to be more important for children’s cognitive development between ages 10 and 16 than their parents’ level of education. The combined effect on children’s progress of reading books often, going to the library regularly and reading newspapers at 16 was four times greater than the advantage children gained from having a parent with a degree.

Children who were read to regularly by their parents at age 5 performed better in all three tests at age 16 than those who were not helped in this way.

Dr Sullivan notes that reading for pleasure had the strongest effect on children’s vocabulary development, but the impact on spelling and maths was still significant. “It may seem surprising that reading for pleasure would help to improve children’s maths scores,” she said. “But it is likely that strong reading ability will enable children to absorb and understand new information and affect their attainment in all subjects.”

The study also found that having older siblings had a negative effect on children’s test scores in all three subject areas but particularly for vocabulary. Having younger siblings had less effect on test performance but was linked to lower vocabulary scores. The researchers suggest this may be because children in larger families spend less time in one-to-one conversations with their parents and therefore have less opportunity to develop their vocabularies.

Dr Sullivan says this study underlines the importance of encouraging children to read – even in the digital age. “There are concerns that young people’s reading for pleasure has declined. There could be various reasons for this, including more time spent in organised activities, more homework, and of course more time spent online,” she said.

“However, new technologies, such as e-readers, can offer easy access to books and newspapers and it is important that government policies support and encourage children’s reading, particularly in their teenage years.”

Dr Sullivan also emphasises that improving adult literacy could be important for children’s cognitive development. “Children of parents who had reading problems performed significantly less well in all three tests than children of parents who reported no reading problems,” she said. “Given the prevalence of adult illiteracy in Britain, with functional illiteracy estimated at 15 per cent, policies to increase adult literacy rates could significantly improve children’s learning outcomes.”

“Many of the young people included in this study are now parents themselves, and their literacy levels and enjoyment of reading will in turn influence their children’s educational attainment.”

‘Social inequalities in cognitive scores at age 16: The role of reading’, by Alice Sullivan and Matt Brown, is the latest paper to be published in the CLS Working Paper Series.

Update: The paper, ‘Reading for pleasure and progress in vocabulary and mathematics’ by Alice Sullivan and Matt Brown was subsequently published in the British Educational Research Journal in April 2015.

1. The 1970 British Cohort Study (BCS70) is following the lives of more than 17,000 people born in England, Scotland and Wales in a single week of 1970. Since the birth survey in 1970, there have been eight further surveys of all cohort members at ages 5, 10, 16, 26, 30, 34, 38 and 42. The age 46 survey is due to take place in 2016. Over the course of cohort members’ lives, BCS70 has collected information on health, physical, educational and social development, and economic circumstances, among other factors.

2. BCS70 is managed by the Centre for Longitudinal Studies (CLS), which is based at the Department of Quantitative Social Science, Institute of Education. CLS is responsible for running two of Britain’s other major birth cohort studies: the 1958 National Child Development Study and the Millennium Cohort Study.

3. The Institute of Education is a college of the University of London that specialises in education and related areas of social science and professional practice. In the most recent Research Assessment Exercise two-thirds of the Institute’s research activity was judged to be internationally significant and over a third was judged to be “world leading”. The Institute was recognised by Ofsted in 2010 for its “high quality” initial teacher training programmes that inspire its students “to want to be outstanding teachers”. The IOE is a member of the 1994 Group, which brings together 12 internationally renowned, research-intensive universities. More at www.ucl.ac.uk/ioe.

4. The Economic and Social Research Council (ESRC) is the UK’s largest organisation for funding research on economic and social issues. It supports independent, high quality research which has an impact on business, the public sector and the third sector. The ESRC’s total budget for 2012-13 was £205 million. At any one time the ESRC supports over 4,000 researchers and postgraduate students in academic institutions and independent research institutes. More at www.esrc.ac.uk