Rapid weight gain before age 5 could put children at risk of obesity in adulthood, study suggests 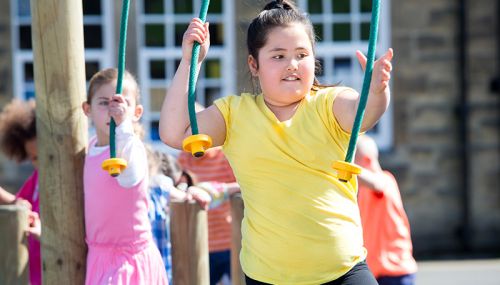 Certain groups of children are more likely to gain weight quickly in their first few years of life, putting them at risk of adult obesity and associated health problems, according to new research.

The study, published by the Centre for Longitudinal Studies at the UCL Institute of Education, examined information on more than 10,000 children born across the UK in 2000-01 who are taking part in the Millennium Cohort Study. The findings showed that nearly 9 per cent of boys and 11 per cent of girls gained weight rapidly between the ages of 3 and 5. Around 2 per cent of boys and girls continued to put on weight until age 7.

Children are normally expected to gain weight between the ages of 5 and 7. Those who gain weight rapidly before the age of 5 are known to accumulate more fat than lean body mass, and are considered at risk of developing obesity, diabetes, and cardiovascular disease later in life. They are also more likely to develop metabolic diseases, such as high blood pressure or cholesterol.

There were also differences between ethnicities, even when taking into account the length of the mother’s pregnancy, mother’s BMI prior to the birth, if the mother smoked, and whether she had diabetes.

More boys of Bangladeshi, Black Caribbean, Black African, and ‘Other’ ethnicity experienced rapid weight gain before age 5 than those from other ethnic groups. Continued weight gain to age 7 was most common among Indian and Bangladeshi boys.

Among girls, those of Pakistani, Bangladeshi, and Black African ethnicity were more likely to put on weight quickly in their first five years of life, and continued weight gain to age 7 was most common among Black Caribbean and Black African girls.

Childhood obesity is a leading problem of industrialised nations, according to the World Health Organisation which estimated that 42 million children under age 5 were overweight globally in 2013.

Jessamy Lowe, the study’s lead author, said: “Childhood and adult obesity and associated illnesses continue to rise in the UK, as do ethnic groups as a proportion of the population. Hence, the identification of those at greater risk will become of increasing significance in the future in order to take pre-emptive action and slow the advancement of what has the potential to be one of the 21st century’s biggest health threats.”

The author recommends that future research considers the effects of other factors that could be associated with weight gain in early life, such as family socioeconomic status, how long the children were breastfed, when they were first given solid foods, their diets, and their levels of physical activity and TV watching.

‘Early adiposity rebound, birthweight, and ethnicity: evidence from the Millennium Cohort Study’ by Jessamy Lowe is the latest working paper from the Centre for Longitudinal Studies, published in October 2016.