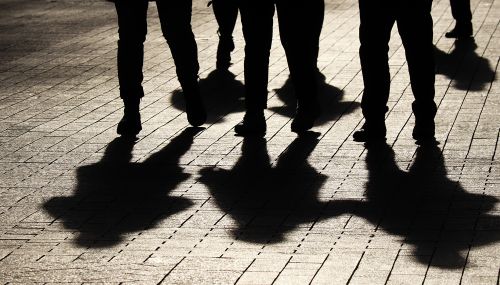 At age 17, 9% of males have carried or used a weapon, with one in four of those involved in this form of serious offending reporting they are gang members, according to UCL researchers.

The new study, published today as a briefing paper by the Centre for Longitudinal Studies at UCL, shows that among members of generation Z – teenagers born in 2000-02 – those who had carried or used a weapon at age 17 were also more likely to have committed other offences, such as assault, breaking and entering, theft, and criminal damage. In addition, they were much more likely to have offended many times in the past year. The research also reveals the significant role that childhood circumstances and experiences play in shaping adolescents’ behaviours, and how they, in turn, can determine the routes young people take as they approach adulthood.

Co-author, Dr Aase Villadsen (UCL Centre for Longitudinal Studies) said: “This research provides new evidence about levels of carrying or use of a weapon and offending among generation Z in late adolescence. It also establishes a worrying link between negative childhood circumstances and experiences, such as experience of domestic abuse between parents and exclusion from school, adolescent substance use, mental health problems and serious offending at age 17.”

The researchers analysed data collected from a nationally representative group of more than 13,000 teenagers in the UK who have been taking part in the Millennium Cohort Study (MCS) since they were born. At age 17, in 2018-19, they were asked whether they had committed any criminal offences in the past year, including carrying or using a weapon, assault, shoplifting, breaking and entering, vehicle theft, stealing from others, and vandalism. They also reported on whether they had ever been a gang member, and whether they had had contact with the police.

The research team used the rich longitudinal data collected from the MCS study participants since birth to investigate the links between circumstances and behaviours in childhood and adolescence and carrying or using a weapon at age 17. The study showed that while young people’s experiences in early adolescence were strongly linked to serious offending, their childhood circumstances and behaviours mattered too.

The study revealed that teenagers who had engaged in substance use at age 14, such as drinking alcohol, smoking cigarettes and taking drugs, and those who had friends who had used multiple substances in early adolescence, were at greater risk of carrying or using a weapon at age 17. Additionally, being excluded from school between ages 11 and 14 was a significant risk factor for this form of serious offending in late adolescence.

Low household income and experience of domestic abuse between parents during childhood were linked to carrying or using a weapon at age 17. Mental health problems, such as behavioural issues and hyperactivity between ages 3 and 11, and self-harm at age 14, were also found to be associated with serious offending in late adolescence.

Dr Villadsen said: “Although previous research shows that weapon carrying is not markedly different in young people today than in earlier generations, official statistics show that in the past five years there has been an increase in knife use and possession among youths.

“Our new research reveals that one in 15 young people across the country had carried or used a weapon in the past year at age 17. We also found that these teenagers were also much more likely to be gang members, and to have carried out other offences. With this research helping to pinpoint core areas for intervention in childhood and adolescence, it is imperative that investments are made in early intervention and prevention to focus on those most at risk of engaging in weapon carrying or use.”

Co-author, Professor Emla Fitzsimons (UCL Centre for Longitudinal Studies) added: “This study provides concerning new evidence about levels of serious offending among UK teenagers in 2018-19. With sharply widening inequalities associated with the COVID-19 pandemic, it remains to be seen how the crisis may affect the prospects of those children and adolescents who are at greatest risk of joining a gang and engaging in knife-related crime. As a result, the need to further our understanding of the complex interaction between disadvantage, substance use, mental ill-health and offending behaviour has never been more pressing, not only for individuals and families, but for the whole of society.”

Mail Online – One in 15 older teens have carried or used a weapon in the past year, says study

Wales Online – One in 15 older teens carried or used a weapon in a single year, study suggests

A Villadsen, E Fitzsimons. ’Carrying or using a weapon at age 17: Evidence from the UK Millennium Cohort Study,’ is available on the CLS website.

This briefing paper is based upon the CLS working paper, ‘Prevalence and predictors of weapon carrying and use and other offences at age 17: Evidence from the UK Millennium Cohort Study’ by Aase Villadsen and Emla Fitzsimons.

The Millennium Cohort Study (MCS) is following 19,517 young people born across the UK in 2000-02, building a uniquely detailed portrait of the children of the new century. The last survey of parents and children took place in 2018-19 when the study members were age 17. Data from the Age 17 Survey is now available. The MCS is funded by the Economic and Social Research Council and a consortium of government departments, and managed by the UCL Centre for Longitudinal Studies at the UCL Social Research Institute. Visit www.cls.ucl.ac.uk/cls-studies/millennium-cohort-study/

About UCL – London’s Global University
UCL is a diverse community with the freedom to challenge and think differently.