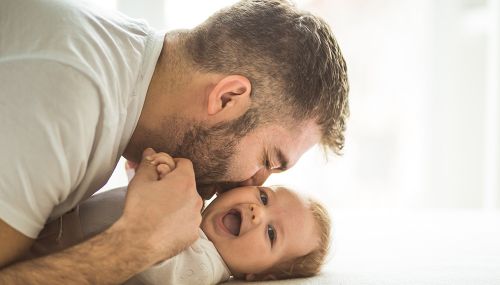 Over the years, men who waited until their mid-20s to have their first child tended to report the best health in middle age, compared to those who started a family earlier.

But, more recently, those who delayed fatherhood until their mid-30s appeared to be the healthiest in midlife.

Researchers from the UCL Centre for Longitudinal Studies, London School of Economics and Political Science (LSE), and University of Helsinki analysed information on more than 3,500 people born in England, Scotland and Wales in 1958, who are being followed by the National Child Development Study, and more than 2,500 people born in Britain in 1970, who are taking part in the 1970 British Cohort Study.

They examined information on two generations of fathers to investigate whether the timing of the birth of their first child mattered for their self-reported health in their early 40s. The research also looked at whether childhood factors, such as cognitive ability and social background, and adulthood characteristics, including educational attainment and health habits, explained the link between timing of fatherhood and midlife health.

A further analysis looked at the influence of childhood characteristics on fathers’ midlife health. It showed that for both generations, timing of fatherhood and midlife health were both strongly linked with childhood cognitive ability.

The study also found that across both groups, younger fathers were more likely to be obese and to smoke every day, which increased their risk of poorer health in middle age. Among Generation X, but not the Baby Boomers, older fathers tended to be better educated, and were less likely to be obese and to smoke daily, which increased their odds of better midlife health.

The report said: “In our study, the large contribution of cognitive ability in explaining the differences between the fathers is relatively similar for both cohorts. There are several possible reasons for this, as cognitive ability may affect age at first birth in several ways. First, young men with lower cognitive abilities may choose earlier family formation if investing in education and career building appear less attractive.

“Young fathers continue to be a risk group that might benefit from policy interventions. For example, young fathers and their children could benefit from support provided by professionals working in social and health care.”

‘Is the relationship between men’s age at first birth and midlife health changing? Evidence from two British cohorts,’ by Elina Einiö, Alice Goisis, and Mikko Myrskylä was published in SSM-Population Health in August 2019.

?We are hiring! As Genetics Data Manager/Bioinformatician, you will be responsible for the management, storage cura… https://t.co/cTQDyoAsIf