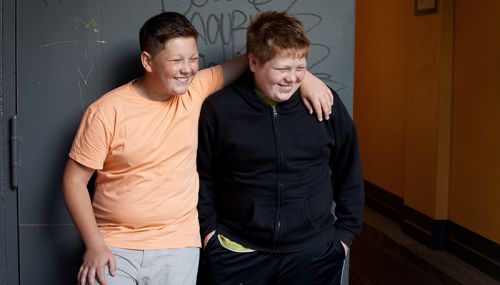 Obese and overweight children are no more likely than their peers to be admitted to hospital for health problems and injuries during childhood and early adolescence.

Researchers from Swansea University, University College London and Queen Mary University of London analysed data on more than 3,000 children born in Wales and Scotland in 2000-01, who are taking part in the Millennium Cohort Study. They analysed information on children’s height and weight, family background and health problems at age 5, linking this survey data to electronic health records of children’s hospital admissions between ages 5 and 14. The researchers did not include information on accident and emergency and general practitioner visits as data was not available across the whole age range.

Children who were overweight at age 5 were no more likely than their peers to be admitted for a prolonged spell in hospital between ages 5 and 10. Over the same period, obese children were, on average, admitted to hospital more regularly than their normal weight peers, but this was explained by their pre-existing health problems. Between ages 10 and 14, overweight and obese children were no more likely to be admitted to hospital than those who were normal weight.

At age 5, more than 11 per cent of children were overweight and 6 per cent were obese. During childhood and early adolescence, the most common reasons children were admitted to hospital were lung problems (21%), stomach issues (29%) and injuries (21%).

This is thought to be one of the first UK studies to link survey data to electronic health records to explore the relationship between children’s weight status and hospital admissions. When the study members were age 7, more than 90 per cent of parents in Wales and Scotland gave consent to allow their children’s survey data to be linked to their health records from age 5 to 14. While consent was collected for the whole cohort, because of difficulties and delays in accessing hospital admissions data for linkage, the study was unable to include children from England and Northern Ireland.

Dr Lucy J. Griffiths, the study’s lead author, said: “Our findings suggest that in a cohort of children born at the beginning of the new millennium, increased admissions in early childhood and adolescence are not directly attributable to childhood obesity.

“Our findings are, however, not a cause for complacency, given the rising prevalence of obesity in subsequent generations of children born in the United Kingdom after this cohort and the lack of follow-up into adult life possible currently. Obesity prevention strategies remain key to reducing the prevalence and impact of childhood obesity.”