Next Steps joins the CLOSER consortium 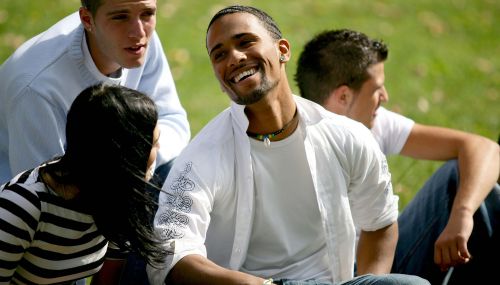 Next Steps is one of 11 new studies to join CLOSER in the first phase of its expansion.

The consortium was set up in 2012 to help maximise the use, value and impact of longitudinal research. It funds projects to harmonise cohort study data and link data to administrative records, and provides training, research resources and expertise to data users.

CLOSER’s expansion is in response to the progress made by the consortium, changes in the longitudinal studies landscape and a need and desire for studies to work together.

Next Steps follows the lives of around 16,000 people in England born in 1989-90. It is the only national study of the millennial generation, filling an important scientific and strategic gap between the 1970 and millennium cohorts in the Economic and Social Research Council’s (ESRC) longitudinal study portfolio of research resources.  The study, which was previously known as the Longitudinal Study of Young People in England (LSYPE), was managed by the Department for Education from 2004-2010, before moving to the UCL Centre for Longitudinal Studies (CLS) at the UCL Social Research Institute in 2013.

Next Steps was first created to track young people’s experiences through secondary school, and on to further education, training or the workplace. Researchers are now following cohort members through their adult lives to find out more about millennials’ mental and physical health, views and attitudes, relationships and family lives, with the most recent sweep taking place at age 25.

Dr Lisa Calderwood, Director of Next Steps, said: “We are delighted to join the UK’s other leading longitudinal studies in the CLOSER consortium.

“Over the years, Next Steps has provided an invaluable insight into the lives of the millennial generation as they’ve progressed through England’s education system, and made their way in the labour market during a global recession.

“More recently, as they’ve navigated their twenties, they’ve helped us shed light on the most pressing issues facing society. From their political and social participation, mental health and wellbeing to their role in the gig economy, they’ve been the voice of a generation.

“By joining CLOSER, we hope to enhance the reputation and standing of the consortium, as well as increase Next Steps’ profile, discoverability and impact.”

The three other CLS cohort studies – the 1958 National Child Development Study, 1970 British Cohort Study and the Millennium Cohort Study – and the MRC National Survey of Health and Development, also based at UCL, have been part of CLOSER since its inception, contributing to various projects and supporting the consortium as it works to raise the profile of longitudinal data and research.

For example, a CLS-led team of academics, funded by CLOSER, recently harmonised data on cognitive measures from five national studies to help researchers more accurately explore the links between cognitive ability, social background and education. Questionnaires and data from the cohort studies are also available for researchers to search and browse on the CLOSER Discovery website. Data from Next Steps will be available to search soon.

With Next Steps also joining CLOSER, all five of the national cohorts based at UCL are now in the consortium.

The 10 other new longitudinal studies joining Next Steps in the CLOSER consortium include:

This expansion brings the total number of studies in CLOSER to 19, including UCL’s five national cohorts, and four other partner studies:

Professor Rebecca Hardy, Director of CLOSER, added: “I am delighted that the first stage of expansion has come to fruition, and I am excited to welcome all 11 new studies to CLOSER in line with my vision to expand and broaden CLOSER’s reach. I am very much looking forward to working with them as we continue CLOSER’s commitment to bring the longitudinal studies community together and provide the resources to support their needs.”

Looking to the future, CLOSER plans to continue this phased expansion to include additional longitudinal studies based across the UK and beyond.