Mothers are not to blame for our childhood obesity crisis 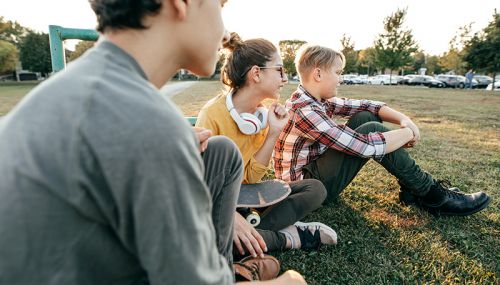 This article was first published in The Times on Monday, 25 March 2019

The number of obese children and teenagers across the world has increased tenfold over the past four decades and it is estimated that about one in four 14-year-olds in the UK is either overweight or obese.

It is no exaggeration to say that childhood obesity represents one of the biggest public health challenges facing our society with far-reaching immediate and long-term consequences.

At the same time, a much more positive social change has taken place. Women are better represented in the workplace than ever before — creating a more diverse labour force and increasing financial resources for many families. However, this also puts additional pressures on working parents who are trying to juggle multiple roles.

Myself and another colleague at the UCL Centre for Longitudinal Studies conducted research to better understand the link between parental employment and children’s weight. We analysed data of more than 7,800 children born across the UK in 2000-01, who are being followed by the Millennium Cohort Study.

We examined information on children’s BMI from age three to age 14, reports on parents’ employment and partnership status, data on children’s diet from age five to 14 and levels of activity from age three to 14. We took into account a range of background factors, including ethnicity, family structure and household income, as well as mother’s level of education, health and mental health.

The study found that children in homes where both parents work are more likely to be overweight compared with those from families where mothers stay at home. The link was even stronger for children of single working parents.

The findings hit the media last week with some overblown headlines claiming that working mothers were to “blame” for the child obesity crisis. Some even suggested that we, as scientists, were pointing the finger at mothers. As a mother of three myself, the irony of this was not lost on me.

However, the fact that we found a link between children’s BMI and mothers’ work, but not fathers’, does not mean mothers are to blame. Quite the contrary.

Obesity is complex and there are a great many factors at play. On the one hand, working parents have less time to prepare meals and their children may spend more time with other family members and/or in childcare – with implications for food intake and physical activity.

On the other, an increase in household income may be beneficial for children’s weight as healthier and more nutritious foods are typically more expensive than more affordable processed foods.

The most likely explanation of our findings is that women are still taking on a disproportionate share of household and childcare responsibilities. That would explain why, when mothers become more stretched for time, we see a potential knock-on effect on their children’s weight. And that’s why it is so important that fathers and childcare providers play an equal role in keeping children healthy.

Programmes encouraging healthy behaviours among children could be better tailored to bring both parents on board and be accessible to all working parents. Informal and formal childcare settings, which are used by a growing number of families, are also increasingly central for promoting early healthy behaviours.

There’s no one magic bullet for tackling the issue of childhood obesity. The rise in mothers’ work over the past 40 years has represented a phenomenal, and in our view a hugely positive social change, but it places greater demands on parents.

So let’s start talking now about the real issues that matter and have a constructive debate about how we can support mothers, fathers and childcare providers to keep their children happy and healthy to give them the best possible start in life. And stop blaming mothers.

Emla Fitzsimons is Professor of Economics and Director of the Millennium Cohort Study at the Centre for Longitudinal Studies, UCL Institute of Education