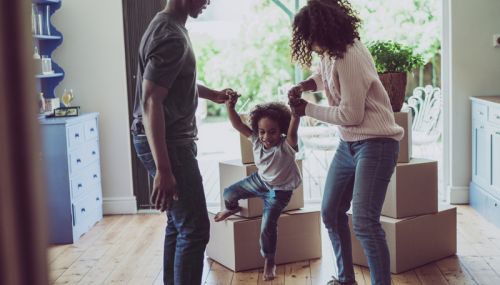 She joined presenter Branwen Jeffreys and Professor Sara McLanahan, director of the US Fragile Families Study, to investigate how children raised in different types of families fare in both countries.

“I think an important point to make is the fact that compared to the US, for instance, cohabiting and married parents in the UK are much more similar than they are in the US,” explained Professor Fitzsimons. “So, for instance, they have fairly similar levels of economic circumstances, income levels and educational attainment. And that’s quite different to the situation in the US, where cohabiting parents tend to be more similar to single parents.”

During the programme, Professor Fitzsimons discussed a range of MCS research showing how family structure can impact children’s lives, including a recent study which revealed that children who experience a family break-up later in childhood are more likely to have mental health problems. She also highlighted findings showing that more than a quarter of girls from single-parent homes are depressed at age 14, and research revealing that children most at risk of being obese are those living with single mothers working full time.

You can listen to this episode of BBC Radio 4 Analysis on the BBC Sounds website.