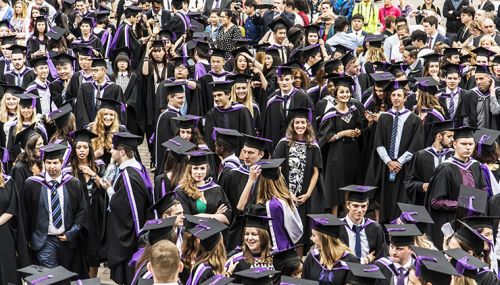 Gaining a degree gives a smaller boost to Millennials’ salaries than it did for members of Generation X 20 years ago, according to a new study.

Researchers from the Higher Education Statistics Agency (HESA) and Warwick University drew on data from the 1970 British Cohort Study (BCS70) and Next Steps, as well as the Labour Force Survey, to explore how the financial return to a degree has changed over time. The research team looked at the earnings of the graduate and non-graduate participants in both Next Steps, a study which follows around 16,000 people in England born in 1989-90, and BCS70, a study which documents the lives of a group of around 17,000 people born nearly 50 years ago.

Taking into account a range of data collected about study participants over the years, including information about their family background, the researchers found that, at age 26, Generation X graduates, those born in 1970, were earning 19 per cent more on average than their non-graduate peers. By comparison, 20 years later when Millennials were age 25, a degree appeared to provide a smaller financial advantage – graduates in this generation earned just 11 per cent more, on average, than those without a degree.

This latest research suggests that the financial return to a degree has fallen by eight percentage points across two decades – a period which has seen a big increase in the uptake of higher education.

Previous studies have indicated that graduates tend to see sharper increases in earnings over time. With this in mind, the researchers are planning further analysis using data from future Next Steps sweeps, including the Age 31 Sweep, alongside existing data from BCS70, to see how graduate and non-graduate earnings compare for these two cohorts at later stages of their lives.

Tej Nathwani, econometrician at HESA, said: “Whilst the benefits of a degree are not solely financial, higher education remains a significant investment decision for young people. Changes in fees and funding have resulted in increased reliance on student loans, which are now treated differently in public sector finances. Consequently, graduate earnings continue to be an important area of research in higher education.”

Telegraph – Value of degrees halves in 20 years, research shows as critics rally against degrees as ‘disqualifications’ (behind paywall)

Read the full research report and non-technical summary on the HESA website.