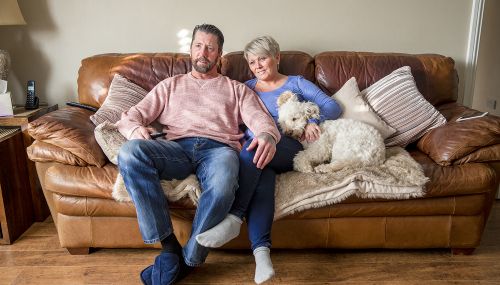 This is far higher than reported in earlier studies of US adults, which relied on participants’ own accounts of their sedentary habits.

The University College London-led research looked at activity monitor data collected from 5,300 participants in the 1970 British Cohort Study (BCS70), which has been following the lives of over 17,000 people since they were born in Britain in 1970. As part of the BCS70 Age 46 Biomedical Sweep, cohort members were asked to wear a thigh-worn activity monitor for seven days. This recorded their levels of physical activity and sedentary behaviour, including time spent sitting, standing, moving and sleeping. The data collected from these are now available to download from the UK Data Service.

According to the activity monitor data, 74% of people in their mid-40s had sat for more than eight hours per day, and 25% of this time was made up of prolonged bouts of sitting for an hour or more at a time. These findings contrast sharply with earlier studies in the US based on people’s own estimates of their sedentary time rather than objective data, suggesting that adults tend to underreport their sitting time. For example, only 26% of adults taking part in the National Health and Nutrition Examination Survey said they sat for more than eight hours a day.

BCS70 participants who spent the most time sitting – more than 10 hours a day – were more likely to be obese, smokers, and degree educated, and tended to report higher rates of poor health and disability, high blood pressure and diabetes. Men also tended to spend more time sitting than women.

The study’s authors helped design the survey and made the decision to use thigh-worn activity monitors as previous studies had shown that they captured sedentary habits more accurately than hip or wrist-worn devices. However, as this was the first survey to employ thigh-worn activity monitors in a population-level study, the researchers were keen to discover how successfully they would work with such a large cohort. Of the 8,500 cohort members who took part in the Age 46 Biomedical Sweep, almost 6,500 agreed to the thigh-worn activity monitor, with more than 83% (5,300) returning their monitors with useable data for at least one day of wear.

Professor Mark Hamer, lead author, said: “Sedentary behaviour has been recognised as a risk factor for health. However, to date, evidence generated from large scale population cohorts has relied on self-report. One of the most striking features of this present study was the markedly higher proportion of participants recording more than eight hours of total sitting time per day compared to earlier population estimates from the US which used self-reported data.

“With previous concerns about the validity of wrist and hip worn activity monitors to accurately measure periods of sitting, this new study has confirmed the advantages of using a thigh-worn accelerometry device to provide accurate measures of sedentary behaviour and physical activity. This will encourage researchers to use this technology in future surveys, and will reassure health practitioners and policymakers looking to shed light on the links between midlife physical activity and healthy ageing.”