Long-term vocabulary benefits from ‘reading for pleasure’ in childhood 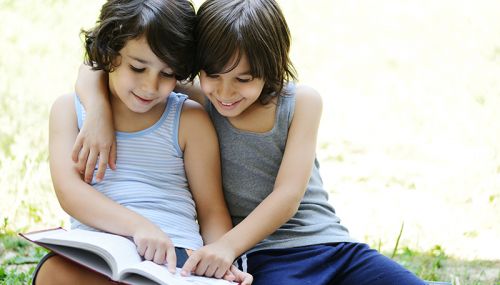 Reading for pleasure during childhood has a substantial influence on a person’s vocabulary 30 years later.

Researchers at the Institute of Education (IOE) have reached this conclusion after studying the vocabulary test scores of more than 9,400 British people at the ages of 10, 16 and 42.

Their statistical analysis showed that those who had regularly read for pleasure at 10 scored 67 per cent in the age 42 vocabulary test, whereas infrequent childhood readers scored only 51 per cent.

Regular readers tended to come from more advantaged families and also had higher vocabulary scores at ages 10 and 16. But even after these factors were taken into account there was still a 9 percentage point gap in vocabulary scores at age 42 between those who were either frequent or infrequent readers in their youth. (See below for examples of the type of vocabulary questions asked.)

“The long-term influence of reading for pleasure on vocabulary that we have identified may well be because the frequent childhood readers continued to read throughout their twenties and thirties,” say the researchers, Alice Sullivan and Matt Brown. “In other words, they developed ‘good’ reading habits in childhood and adolescence that they have subsequently benefited from.”

The IOE study also confirmed that what people chose to read as adults mattered as much as how often they read – in terms of the effect on vocabulary scores at 42.The greatest improvements between ages 16 and 42 were made by readers of ‘highbrow’ fiction.

The researchers found — again after taking into account social backgrounds and vocabulary scores in childhood — that those who read such novels scored 5 percentage points higher in the age 42 test than people who did not read literary fiction as adults. The vocabulary gains linked to reading factual books were smaller than those for fiction.

The researchers, who analysed data gathered by the 1970 British Cohort Study, also found that:

“A number of these findings are intriguing,” said Professor Sullivan. “It was interesting, for example, to find that readers of tabloid newspapers did less well in the age 42 vocabulary tests than those who didn’t take a newspaper. This is, however, in line with our previous work which showed that the presence of tabloid newspapers in the home during childhood was linked to poor cognitive attainment at age 16.”

It is, however, the different reading preferences of graduates of elite universities and less highly-ranked higher education institutions that were perhaps most surprising. “The differences in their choice of books were striking,” Professor Sullivan commented. “Their newspaper choices were also dissimilar. Well over half (56%) of the Russell Group graduates read only broadsheets, compared to 34 per cent of other graduates.”

“It seems that broad educational categories can mask important differences,” Professor Sullivan said. “Reading highbrow fiction could be an expression of social status for some people, but it is also likely that highly able and educated people prefer intellectually stimulating material.”

The new research builds on previous work that Sullivan and Brown have done which showed that reading for pleasure was linked to intellectual development up to age 16, especially in vocabulary but also for mathematics. “We have now shown – for the first time, we believe — that reading for pleasure, both in childhood and adulthood, has a positive impact on the vocabulary of people in their early forties,” Professor Sullivan said.

Vocabulary from adolescence to middle-age (PDF), by Alice Sullivan and Matt Brown, is the latest working paper to be published by the IOE’s Centre for Longitudinal Studies, which is an Economic and Social Research Council Resource Centre.

This is the type of vocabulary test given to members of the 1970 British Cohort Study: