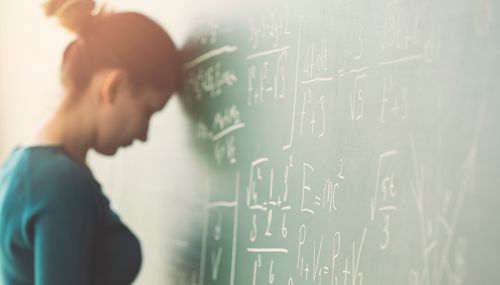 Students from more disadvantaged homes tended to take Social sciences, Business or Law, even if they had reported that they enjoyed Science and Maths.

Natasha Codiroli Mcmaster, of the Centre for Longitudinal Studies, analysed data from Next Steps, a study following 16,000 students, born in England, in 1989-1990.

Young people were initially asked at 14 to rate their enjoyment of English, Maths and Science, and later which subjects they studied at university.

Participation in STEM subjects was compared with take-up of Social sciences, Business and Law, and Arts and Humanities subjects.

“These findings show important differences in the mechanisms driving disparities in subject choices by gender and social background,” Codiroli-McMaster says. “While interventions targeting the individual attitudes of young women towards STEM subjects may improve gender diversity, the same approach may not work as well for targeting less advantaged students.”

“Those students who attended university, whose parents are not also well educated, may have very different concerns about life after university. More advantaged students are more likely to succeed whichever subject they choose, and have more of a ‘safety net’ to fall back on if things don’t work out immediately.”

What role do enjoyment and students’ perception of ability play in social disparities in subject choices at university? (PDF) by Natasha Codiroli Mcmaster is the latest CLS working paper.