Landmark study shows the impact of the pandemic on young people 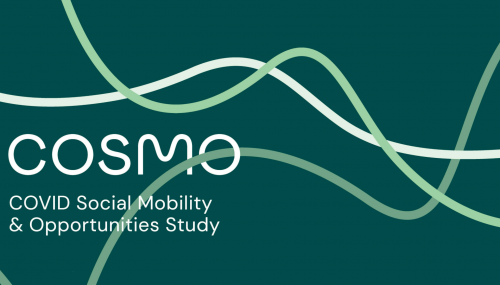 Four in five students report that their academic progress has suffered, and two thirds say their future educational plans have changed due to the pandemic.

Based on data collected from a cohort of young people who were in Year 11 in 2020/21, researchers from the UCL Centre for Education Policy and Equalising Opportunities, the UCL Centre for Longitudinal Studies and the Sutton Trust found:

The first findings, published today, provide concerning new insights on this generation’s progress following the disruption caused by the pandemic. The study, which is funded by the Economic and Social Research Council (ESRC) as part of UK Research and Innovation’s rapid response to COVID-19, is following a representative sample of over 13,000 young people across England who were in Year 11 in 2021.

Most of the cohort have just begun Year 13 and are due to take A Levels in summer 2023, with others undertaking other qualifications, training and work.

Over three quarters (80%) of the study’s participants believe their academic progress has suffered and half say they are now less motivated to study and learn as a result of the pandemic.  37% of those at state schools feel they have fallen behind their classmates – more than double the figure for independent school students (15%).

As a result of substantial inequalities between schools in remote learning during lockdowns, the study examined opportunities for catch-up learning. Almost half of young people have accessed no catch-up learning at all and a large majority have not accessed tutoring. The most available option – extra online classes – was offered to just half of the study’s participants and taken up by less than a third.  When asked whether they have been able to catch up with learning lost during the pandemic, 45% of students disagree while only 36% agree. Almost half (46%) of students at comprehensive schools say they have not been able to catch up with learning, a significantly higher proportion than those at independent schools (27%).

The researchers say that support offered for catch-up across all school years in England is three times lower per person than funding provided for the US rescue plan for schools (currently totalling around £4.9 billion compared with a $122 billion rescue plan in the US, the equivalent of about £15.5 billion in England adjusting for population size).

The findings show the pandemic has had a major impact on young people’s future plans. Of those who had previously made plans, almost two thirds (64%) say their education plans have changed because of the pandemic and three in five (60%) have changed their future career plans. Girls, young people from disadvantaged family backgrounds, and those attending state comprehensive schools were more likely than their counterparts to have changed their plans. Young people who had ‘long COVID’ or ill health, who were asked to shield or who experienced economic hardships were also much more likely to have done so.

Examples of changes to plans shared by the Sutton Trust’s COSMO youth panel (not participants of the main COSMO study) include struggling to enter careers in sectors where work experience was unavailable during lockdowns, and reconsidering career aspirations to protect long-term mental health.

Dr Jake Anders, Associate Professor and Deputy Director of the UCL Centre for Education Policy and Equalising Opportunities (CEPEO), and COSMO’s Principal Investigator, said: “COSMO is providing vital new evidence on the effects of the pandemic on the lives of young people, with strong signs that it has severely widened existing inequalities – this has not been fully addressed by our policy response. And these short-term effects are just the start. We aim to continue following the lives of this cohort over the coming years. Whether or not we think of the pandemic as over, its effects will continue to cast a long shadow, and COSMO will help us to understand this in the years to come.”

Sir Peter Lampl, Founder and Chairman of the Sutton Trust and Chairman of the Education Endowment Foundation, said: “These findings show that far more needs to be done for young people. While all young people have been affected by the pandemic, there is clear evidence that students from less well-off households have been impacted most. Funding provided so far for catch-up has been a drop in the ocean.  It’s less than a third of what is required and it’s at a level three times lower per person than in the US. The government’s education recovery plan must be much more ambitious, or we will blight the life chances of a whole generation.”

The research findings are available in a series of briefings on the COSMO website. These look at how students found lockdown learning, their experience of education recovery and catch-up  and how this may have affected their future plans and aspirations.

For researchers interested in accessing the data behind the study, data from Wave 1 have been made available today on the UK Data Service website.