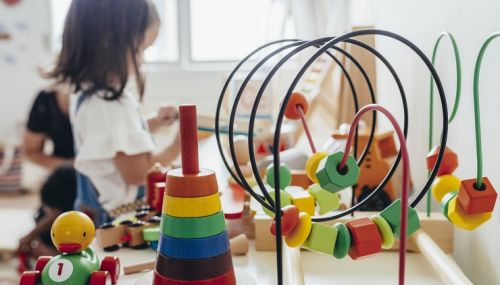 Researchers from the UCL Centre for Longitudinal Studies (CLS) and the Institute for Fiscal Studies (IFS) analysed information on three generations of children: the Millennium Cohort Study, following children born across the UK in 2000-01, the Study of Early Education and Development, following children born in England in 2010-12, and the 1970 British Cohort Study, following people born across England, Wales and Scotland in 1970.

The findings, which form part of the prestigious IFS Deaton Review of Inequalities, paint a challenging picture:

Other key findings include:

Professor Alissa Goodman, CLS Director and an author of the research, said:

‘The environments that children are raised in, and their development of cognitive, social and emotional skills early in life, are not only key determinants of their experience of childhood – they also profoundly shape their prospects as adults. Early years policies in the UK need to focus more on supporting families during the earliest years (ages 0–2), including through adequate income and housing, ensuring high-quality mental health care, and supporting early parenting, attachment and relationships during this vital period.’

Sarah Cattan, IFS Associate Director and an author of the new research, said:

‘It is disappointing that socio-economic gaps in early development changed little when comparing children born in the early 2000s with those born in the early 2010s, especially amid concern that the pandemic has held back development and may have widened gaps further. But we know, through many examples of well-crafted and effective early childhood policies which are emerging around the world, that progress is possible. There is real potential for early childhood intervention to boost development, especially among the disadvantaged. It does, however, require careful design, with consideration of the multiple barriers that hold back the most disadvantaged children.’

‘Widening inequalities as a result of the COVID-19 pandemic and the cost of living crisis have made it even more crucial that families with young children are given adequate support. A holistic approach to early childhood is needed that will provide families with parenting support, access to mental health services, boosted family incomes and improvements to the physical environments in which children are raised. This support could help to close the disadvantage gap and improve outcomes for children throughout their lives.’

‘Early childhood inequalities’, by Sarah Cattan, Emla Fitzsimons, Alissa Goodman, Angus Phimister, George B. Ploubidis and Jasmin Wertz, was published in June 2022 by the Institute for Fiscal Studies as a chapter of the Deaton Review of Inequalities.

About the IFS Deaton Review

This research has been produced as part of the flagship IFS Deaton Review of Inequalities in the 21st Century. This five-year project launched in 2019 and is funded by the Nuffield Foundation. With the Nobel Laureate Professor Sir Angus Deaton in the chair, the panel overseeing the project includes world-leading experts in sociology, demography, epidemiology, political science, philosophy and economics. www.ifs.org.uk/inequality