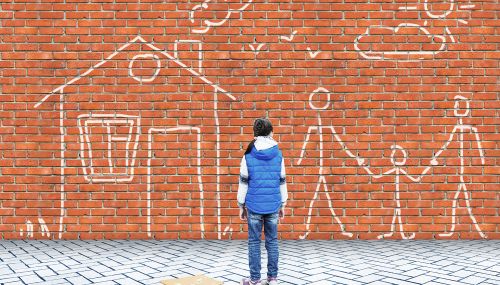 Children growing up in families with expensive homes have fewer emotional and behavioural problems, finds new research led by the UCL Centre for Longitudinal Studies (CLS) based at the UCL Social Research Institute.

The study, published today in Child Development, is one of the first to look at the links between family wealth and children’s development. The authors say that it is well established that children from higher income homes have, on average, fewer emotional and behavioural problems than children from families with lower incomes. But this new research shows that wealth – the assets a family owns – also plays a role in children’s mental health.

The researchers analysed data from more than 8,500 children born in the UK at the turn of the century who are taking part in the Millennium Cohort Study (MCS). They looked at information on parents’ wealth, including home ownership and value, and other financial assets such as savings, stocks and shares. The study’s authors took account of outstanding mortgages and any other debts to accurately work out both housing wealth and financial wealth. They analysed data on parents’ current income, taken when children were age 11, as well as their average income, taken over the preceding 10-year period. The authors then analysed links between family wealth, income and children’s outcomes, using parents’ reports of children’s mental and physical health, and results from cognitive tests, all taken at age 11.

Among parents with similar current and average incomes, children whose parents had greater total wealth were reported to have fewer emotional problems – such as feelings of low mood and anxiety – and a smaller number of behavioural difficulties such as fighting and disobedience.

After analysing the influence of financial assets and housing wealth separately, the researchers found that it was, in fact, only housing wealth that was associated with children’s mental health. The study found that children from families with greater housing wealth had, on average, fewer difficulties getting on with their peers. This was true also when researchers examined house value only, without taking mortgages into account.

Previous research has documented the advantages that children living in privately owned homes experience compared to their peers in social or private rented homes, related to their wellbeing, and later educational and employment outcomes. However, this study shows that there were some detectable differences in children’s behavioural and emotional difficulties even among homeowners, who accounted for approximately 60% of those who took part in the study. For example, children who grew up in homes worth £400,000 had an average behavioural and emotional difficulties score of 6.9 (where the maximum score for those with the highest levels of emotional and behavioural difficulties is 40), compared to 8.2 for children in homes worth £100,000 – a decreased score of around 16%.

Co-author Dr Ludovica Gambaro (UCL Centre for Longitudinal Studies and the German Institute for Economic Research) said: “Our finding that housing wealth and property value are likely to contribute to children’s emotional and behavioural problems is worrying. While a large majority of the children participating in this study experienced family home ownership and may have benefited from the rising house prices in the early 2000s, the proportion of children growing up in homeowning families has fallen dramatically in the last decade. Meanwhile, the proportion growing up in rented homes has increased, creating a stark divide between children who benefit from the advantages of housing wealth and those who do not. As housing wealth inequalities increase, it is possible the divergence in children’s emotional and behavioural problems could be intensified.”

The study did not find any significant associations between family wealth and children’s physical health and cognitive ability.

The researchers used very detailed data to account for a wide range of factors that may have influenced the link between wealth and mental health. These included family background and composition, parents’ education and occupation, UK region and ethnicity. However, as this is an observational study, it would be impossible to rule out that some unmeasured influences associated with both wealth and mental health are responsible for this association.

Co-author Dr Vanessa Moulton (UCL Centre for Longitudinal Studies) said: “Housing is by far the most important asset in the wealth portfolio of families with children in the UK. This partly explains why housing wealth was more closely associated with children’s mental health than financial wealth. But the finding that peer relationships in particular are sensitive to housing wealth points to possible psychological benefits of living in more spacious homes, in areas with access to more resources and advantaged populations, that have been overlooked before.”

Emotional and behavioural problems: At age 11, parents reported on their children’s emotional problems, such as feelings of low mood and anxiety, and conduct problems, including behaviour difficulties such as acting out and disobedience. At the same age, study members were asked to complete cognitive ability tests to measure reading, language and vocabulary skills. They did not undertake tests to measure numeracy skills.

Household wealth: During the age 11 survey, parents were asked to report on their household wealth for the first time, including: house value, mortgage, financial savings and debt. Net total wealth was taken as the sum of net housing wealth and net financial wealth.

Housing wealth: Net housing wealth was derived from the respondents’ self-reported value of their home net of any outstanding mortgages or loan on it.

Financial wealth: Net financial wealth was the value of a household’s savings and investments net of any debt. Savings were defined as deposit accounts, Investment Savings Accounts (ISA’s), stocks, shares, unit or investment trusts, bonds and gilts, property or land other than the home, while debt included a wide range of loans, overdrafts and outstanding credit cards and hire purchase agreements. Respondents were first asked whether they had any of these assets or debts and then the total amount of savings and the total amount of debt. No information on pension wealth was collected.

Income: Income was the household weekly income, equivalized to account for household size using the modified OECD scales. Long-term income was the averaged income from the all first five waves, when children were 9 months, 3, 5, 7, and 11 years old. Income included earnings from regular or irregular employment or from self-employment and the money received through benefits, such as housing benefit, child benefit or income support, or through any other regular payment.

The Millennium Cohort Study (MCS) is following 19,517 young people born across the UK in 2000-01, building a uniquely detailed portrait of the children of the new century. The last survey of parents and children took place in 2018-19 when the study members were age 17. Data from the Age 17 Survey will be available in late 2020. The MCS is funded by the Economic and Social Research Council and a consortium of government departments, and managed by the UCL Centre for Longitudinal Studies at the UCL Social Research Institute. Visit https://www.cls.ucl.ac.uk/cls-studies/millennium-cohort-study/

The ESRC is the UK’s largest funder of research on the social and economic questions facing us today. It supports the development and training of the UK’s future social scientists and also funds major studies that provide the infrastructure for research. ESRC-funded research informs policy-makers and practitioners and helps make businesses, voluntary bodies and other organisations more effective.

The German Institute for Economic Research (DIW Berlin). Founded in 1925, DIW Berlin is one of the leading economic research institutes in Germany. The institute analyses the economic and social aspects of topical issues, formulating and disseminating policy advice based on its research findings. DIW Berlin is part of both the national and international scientific communities, provides research infrastructure to academics all over the world, and promotes the next generation of scientists. A member of the Leibniz Association, DIW Berlin is independent and primarily publicly funded.