Hours worked dropped by 40% in lockdown 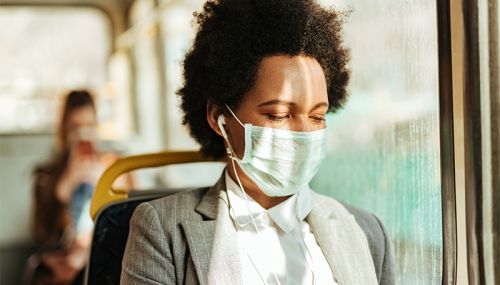 The number of hours worked in Britain dropped significantly in lockdown, with mothers most likely to sacrifice work for home schooling and developmental play, according to new research from the UCL Centre for Longitudinal Studies (CLS).

The researchers found that the average hours worked had decreased by around 40% when combining those who had stopped working completely with those who took on reduced hours. For example, among those age 19, hours reduced from an average of 25 to 10 per week across the cohort as a whole, and for those age 30, hours dropped from 34 to 22 hours.

As the coronavirus pandemic closed schools and nurseries across the UK, it was mothers, especially those of young children, who were most likely to have stopped work, and to have stepped in to provide educational support for their children.

Participants of the study, who are all taking part in nationally representative longitudinal studies that have been following them since their childhoods, completed surveys during May 2020 and were asked to complete a web survey about their experiences since the coronavirus outbreak, including questions on their employment, daily activities and family life.

Educational activities among mothers and fathers

This is the first study to have captured parents’ time on both home schooling and other developmental activities with children during the lockdown, such as reading to them, playing games, painting and drawing, and doing puzzles together.

The study found that among parents of school age children (age 5-16) in the survey, 58% reported doing home schooling on a typical day, with 64% of mothers and 49% of fathers taking educational responsibilities. Among parents of primary school aged children, mothers were spending, on average, five hours per day home schooling, while fathers spent, on average, two hours each day.

On top of this, mothers of school age children were spending almost 3.5 hours on developmental activities with their primary aged children on a typical day, compared to just under two hours for fathers.

Parents at age 30 with younger children (below age 5) were especially busy interacting with them. Mothers were spending on average 6.2 hours a day doing interactive activities with their young children, compared to an average of three hours among fathers.

These differences between mothers and fathers in responsibility for children were also reflected in stopping work. Mothers, especially those with children of primary school age or younger, were considerably more likely than fathers of children at the same age, to have stopped work.

The survey also found that across all groups, nearly 30% of people reported being financially worse off since the start of the pandemic. However, the short-term financial effects were not negative across the board, as reduced opportunities for expenditure, including on commuting and childcare, also lowered the cost of living and thereby improved the financial position of others.

Changes to work were the main driver of families reporting they had become worse off. By the end of May, 84% of workers in paid employment who had stopped working were on the government-supported ‘furlough’ scheme. In contrast, only 27-35% of those self-employed who had stopped working had claimed support from the self-employment income support scheme.

Compared to employees, self-employed workers have therefore experienced harsher financial impacts from the lockdown restrictions. Among 30-year-olds, 70% of those self-employed said they were worse off, compared to only 29% of those who were employed.

Key workers have mostly been protected from any economic shocks, with only 10-20% becoming worse off across all four groups.

Young workers were especially affected by the lockdown. Among men in their late teens who had been working, 62% stopped work completely in the lockdown, more than among the older generations – 44% of those in their early sixties, 33% of those aged 30 and 30% of those aged 50. There was a broad balance between those reporting that they had become worse off among the 19-year-olds in the survey, compared to those who had become better off. Despite employment losses, many in this age group were students who moved back in with their parents, potentially cutting their rental bills.

The study highlights that lockdown restrictions are likely to have worsened prior economic inequalities. The authors note that across all generations, those who reported that they were struggling before lockdown were most likely to say they were worse off. Those who reported they were living comfortably before were most likely to report having become better off. People with lower levels of education, and those who had been claiming benefits before lockdown, were also more likely to be worse off financially, compared to those with more education, or who had not been claiming benefits.

Co-author, Professor Francis Green, (UCL Institute of Education), said: “Our survey unveiled an extraordinary 40% loss in hours worked during lockdown, across four age cohorts. The worst effects have been avoided for many families by the government’s furlough scheme, and some have saved on commuting and leisure expenses. But those who were struggling before the pandemic were most likely to have come into greater difficulties. With relief schemes being tapered off in August and September, the future for families’ finances is about to become very precarious.”

Co-author, Professor Emla Fitzsimons, (UCL Institute of Education), said: “Many mothers who have put their careers on hold to provide educational support for their children will need to adjust again once schools reopen and the furlough scheme tapers off.

“And with educational inequalities between advantaged and disadvantaged children potentially growing during this period, policymakers and practitioners will have to be vigilant to ensure that those who have suffered the most learning losses are well supported when schools return.”

B Wielgoszewska, F Green,  A Goodman, Finances and employment during lockdown – Initial findings from the COVID-19 Survey in Five National Longitudinal Studies will be available for download here: Download briefing paper.

In the briefing above, average hours among participants at age 19, and age 30 are calculated as the average across the whole cohort, including those who are not working at all.

Both papers are under strict embargo until Thursday 30 July, 00.01 UK time and will be available to download from the CLS site (links above).

These initial findings are based on the COVID-19 Survey in Five National Longitudinal Studies which was developed and led by the Centre for Longitudinal Studies (CLS), UCL Institute of Education, in collaboration with the MRC Unit for Lifelong Health and Ageing at UCL (MRC LHA at UCL).

The Telegraph (£) – Mothers bearing the brunt of home schooling with twice as much teaching as fathers, survey shows

Daily Mail – The National Trust plans to axe 1,200 paid staff to save £100million after coronavirus forced it to shut historic sites

1. The briefings contain findings from participants in four of the five national longitudinal cohort studies that took part in the survey. These are:

The survey was issued to cohort members and their parents).

2. The UCL Institute of Education is a world-leading centre for research and teaching in education and social science, ranked number one for education worldwide in the 2014, 2015, 2016, 2017, 2018, 2019 and 2020 QS World University Rankings. It was awarded the Queen’s Anniversary Prize in 2016. In 2014, the Institute secured ‘outstanding’ grades from Ofsted on every criterion for its initial teacher training, across primary, secondary and further education programmes. In the most recent Research Excellence Framework assessment of university research, it was top for ‘research power’ (GPA multiplied by the size of the entry) in education. Founded in 1902, the Institute currently has more than 8,000 students and 800 staff. In December 2014 it became a single-faculty school of UCL, called the UCL Institute of Education. www.ucl.ac.uk/ioe

3. About UCL – London’s Global University UCL is a diverse community with the freedom to challenge and think differently. Our community of more than 41,500 students from 150 countries and over 12,500 staff pursues academic excellence, breaks boundaries and makes a positive impact on real world problems. We are consistently ranked among the top 10 universities in the world and are one of only a handful of institutions rated as having the strongest academic reputation and the broadest research impact. We have a progressive and integrated approach to our teaching and research – championing innovation, creativity and cross-disciplinary working. We teach our students how to think, not what to think, and see them as partners, collaborators and contributors.  For almost 200 years, we are proud to have opened higher education to students from a wide range of backgrounds and to change the way we create and share knowledge. We were the first in England to welcome women to university education and that courageous attitude and disruptive spirit is still alive today. We are UCL. www.ucl.ac.uk| Follow @uclnews on Twitter | Watch our YouTube channel | Listen to UCL podcasts on SoundCloud | Find out what’s on at UCL Minds | #MadeAtUCL Find out how UCL is helping lead the global fight against COVID-19 www.ucl.ac.uk/covid-19-research

4. About the UCL Centre for Longitudinal Studies (CLS) CLS is funded by The Economic and Social Research Council (ESRC). The ESRC is part of UK Research and Innovation, a non-departmental public body funded by a grant-in-aid from the UK government. For more information visit www.ukri.org.

5. The ESRC is the UK’s largest funder of research on the social and economic questions facing us today. It supports the development and training of the UK’s future social scientists and also funds major studies that provide the infrastructure for research. ESRC-funded research informs policy-makers and practitioners and helps make businesses, voluntary bodies and other organisations more effective.