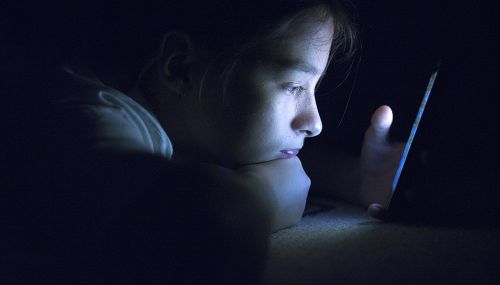 Adolescents who use social media for at least three hours a day are more likely than their peers to go to sleep late and have trouble waking during the school week.

Researchers from the University of Glasgow analysed data on more than 11,500 people born in the UK at the turn of the century who are taking part in the Millennium Cohort Study. They looked at information collected at age 14 on their daily social media habits, comparing these responses with their sleeping routines. They took into account factors that could be associated with heavy social media use and poorer sleep, such as family background, mental health and wellbeing, and physical health.

More than a fifth of adolescents spent at least five hours a day on social media apps and sites such as Facebook, Twitter and Whatsapp. One in seven spent three to five hours a day. Around a third went online for one to three hours a day, and just over a third accessed social media for less than an hour a day or never. Girls were twice as likely as boys to spend more than five hours a day on social media, and were also more likely to go to bed late, have trouble falling asleep and experience disrupted nights. In previous research, poor sleep has been found to have implications for adolescents’ mental health, obesity and academic performance.

However, the researchers recognised that at a time of growing independence keeping teens from their phones could be “especially challenging” and recommended that future research look at “how best to support young people to balance these rewarding online social interactions with an appropriate and consistent sleep schedule, to optimise associated health and school outcomes”.

This research was covered extensively in the national news in October 2019, featuring in the following media outlets: