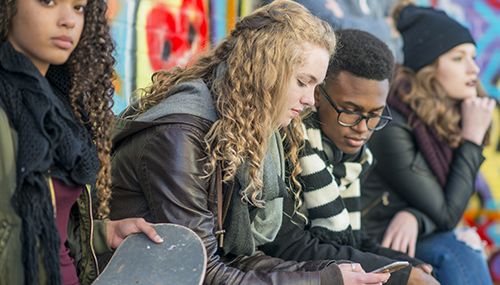 Adolescents using social media for three hours or more a day are more likely to show signs of depression at age 14, compared to their peers who use it less often.

Researchers from University College London (UCL) analysed information on nearly 11,000 young people born in the UK at the turn of the century who are taking part in the Millennium Cohort Study. At age 14, the teens were asked questions about their mental health, and were also asked to report on their social media use, experience of cyberbullying, sleep patterns, self-esteem and body image.

However, when the researchers took into account reports of cyberbullying, sleep patterns, self-esteem and body image these increased symptoms partly diminished. Once cyberbullying was considered, girls who were heavy social media users saw their depressive symptoms fall by 9 per cent, while boys’ symptoms fell by 5 per cent.

Professor Yvonne Kelly, the lead author, explained: “These findings are highly relevant to current policy development on guidelines for the safe use of social media and calls on industry to more tightly regulate hours of social media use for young people. Clinical, educational and family settings are all potential points of contact where young people could be encouraged and supported to reflect not only on their social media use, but also other aspects of their lives including on-line experiences and their sleep patterns.

“At home, families may want to reflect on when and where it’s ok to be on social media and agree limits for time spent online. Curfews for use and the overnight removal of mobile devices from bedrooms might also be something to consider.”

Shirley Cramer, Chief Executive, Royal Society of Public Health (RSPH) commented: “This important new research confirms that we need to increase awareness and understanding amongst parents, schools and policy makers about the role of social media in our young people’s mental health, particularly taking into account the increased risks for girls.”

The research was featured in national newspapers, including The Guardian and Daily Mail

‘Social media use and adolescent mental health: findings from the UK Millennium Cohort Study’ by Kelly, Y, Zilanawala A, Booker C, Sacker A, is published in the EClinicalMedicine journal.