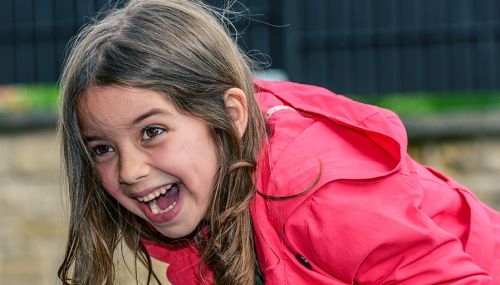 Among the Baby Boomers and Generation X, people who had higher levels of emotional wellbeing during childhood and adolescence were more likely to report being satisfied with life when they reached adulthood.

Happy children tended to go on to do well at work, get married and have better physical health and wellbeing, which in turn increased their chances of being happy later on.

Researchers from Aix-Marseille University, Chulalongkorn University Thailand and Paris School of Economics analysed information on more than 6,000 people born in England, Scotland and Wales in 1958, who are being followed by the National Child Development Study, and more than 5,000 people born in Britain in 1970, who are taking part in the 1970 British Cohort Study.

To look at how childhood circumstances influenced people’s future adult lives and happiness, the study first examined information on family background, wellbeing, cognitive ability and conduct across childhood and adolescence up to age 16. This was then compared with data on their subsequent academic achievement, employment, income, behaviour, health and wellbeing and partnership status, up to age 50 for the Baby Boomers, and age 42 for Generation X. The researchers compared these data against resulting levels of life satisfaction across adulthood.

The findings revealed that for both generations, emotional wellbeing during childhood and adolescence had the biggest impact on future life satisfaction. The link between childhood happiness and adult satisfaction was partly explained by the fact that happy children tended to do well in their careers and relationships and experienced good physical and mental health in adulthood.

Children’s cognitive ability and behaviour also mattered for future life satisfaction. Among both generations, but especially the Baby Boomers, bright children were likely to succeed across all aspects of adult life, which increased their chances of happiness. For Generation X in particular, children who were well behaved tended to fare well in adulthood, which improved their odds of being satisfied with life.

For both generations, but especially Generation X, family background was also important for future happiness. Children who were raised in better-off, stable families were more likely to be successful in adult life and tended to be happy.

The report said: “Childhood factors that predict people’s life satisfaction in their 20s predict it just as well as in their 40s and beyond. The effect of childhood and family does not then fade away over time.

“Our results underline the importance of emotional health, both in adulthood and childhood in determining adult life satisfaction. More broadly, they show that interventions that affect adult outcomes, given childhood and family background, can improve adult wellbeing, and so can interventions that target the childhood outcomes themselves. There is thus a role for policy all through the lifetime.”

‘The long-lasting effects of family and childhood on adult wellbeing: Evidence from British cohort data,’ by Sarah Fleche, Warn N. Lekfuangfu and Andrew E. Clark was published in the Journal of Economic Behaviour and Organization in April 2019.