Girls from poorer backgrounds more likely to get their period early, study finds 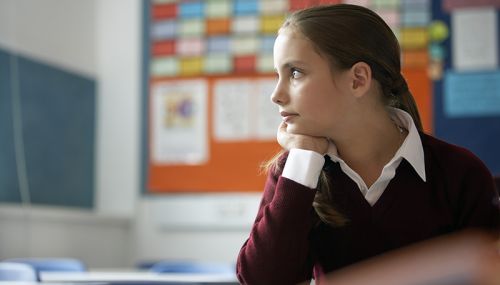 Girls from the UK’s poorest families tend to start menstruation early, compared to their peers from the richest backgrounds.

Researchers from University College London analysed information on almost 6,000 girls born across the UK in 2000-01, who are taking part in the Millennium Cohort Study. By age 11, nearly one in ten had started their periods.

Girls from poorest fifth of families had one and a half times the odds of beginning menstruation by age 11 than those in the richest fifth. In the UK, the average age a girl starts her menstrual cycle is around 12 years 11 months.

The report also revealed that certain ethnic minority girls were more likely than their white counterparts to have started their period by 11.

Pakistani, Bangladeshi and black African girls had higher odds of starting their period early. However, this was mostly explained by the fact that they were more likely to be from lower income families and had higher BMIs than their white peers.

Indian girls were also more likely to begin menstruation earlier than their white counterparts. Yet, as they tended to be from more advantaged backgrounds, this finding could not be explained when other factors were taken into account.

The study’s authors warned that the early onset of puberty in girls is linked to poor mental health in adolescence, as well as cardiovascular disease and breast cancer in middle age.

Professor Yvonne Kelly, the study’s lead author, said: “Given the short and long-term implications for early puberty on women’s health and wellbeing, improving our understanding of the processes could help identify opportunities for interventions with benefits right across the life course, not just for the girls in our study, but for future generations.”