Getting enough sleep could help prevent you from becoming obese, research finds 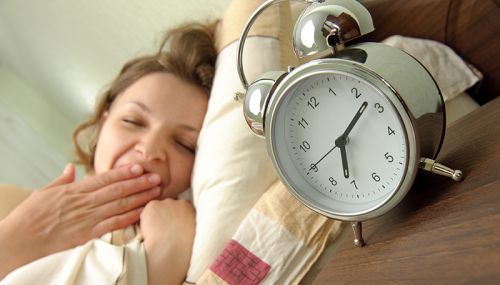 People who get a good night’s sleep are less likely to be overweight or obese, according to a new study.

Researchers from the Centre for Longitudinal Studies analysed information on more than 7,700 young adults living in England who were born in 1989-90 and are being followed by a study called Next Steps.

The researchers have suggested that there may be a number of reasons why a good night’s sleep is associated with a healthy Body Mass Index.

“Sleep deprived people may be too tired to exercise, or people who don’t get enough sleep may take in more calories than those who do,” said Dr Morag Henderson, the study’s lead author. “This could be because they are awake longer and have more opportunities to eat, or they want to trick their body into thinking they have more energy by eating high-energy foods.

“Lack of sleep may also disrupt the balance of key hormones that control appetite, so sleep-deprived people may be hungrier than those who get enough rest each night”.

Unsurprisingly, diet also had a major effect on young people’s weight. Those who had a takeaway meal once or more a week were at greater risk of putting on excess weight than those who had up to one a month. Drinking six or more fizzy drinks a week also raised the odds of being overweight or obese.

More than half (53%) of 25-year-olds were normal weight or underweight, while 42 per cent were overweight or obese. Almost 88 per cent of young people reported having good, very good or excellent health, compared to 12 per cent who said their health was either fair or poor.

The researchers said: “Exercise and sleep play important roles in obesity. These findings suggest that it is important for policymakers to focus on these lifestyle and behavioural characteristics including sleep, diet and exercise.”

The role of diet and exercise on weight and health: Initial findings from the Next Steps Age 25 sweep (PDF)