Genetics and social disadvantage both linked with higher body weight 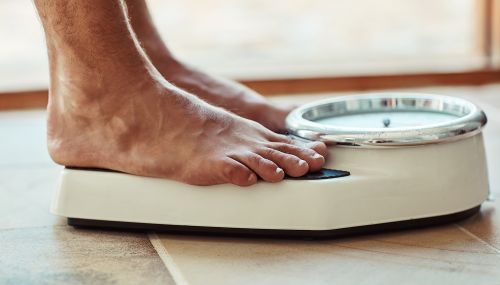 People with greater genetic risk of weight gain and those from disadvantaged backgrounds are more likely to be overweight or obese across adulthood, with associations becoming larger from adolescence to midlife, finds a new study led by researchers from the UCL Centre for Longitudinal Studies.

While the researchers examined how genetics and social class predicted differences in the average body mass index (BMI) across the population, they noted that genes or social background were not good predictors of individuals’ BMI.

Researchers from the Centre for Longitudinal Studies at the UCL Social Research Institute analysed data collected over more than six decades from 2,700 people taking part in the MRC National Survey of Health and Development.

The researchers compared information on participants’ genes and childhood social background with data on their height and weight collected at intervals from age 2 to age 69. They were able to use genetic information, taken from blood samples at age 53, with participants’ consent, to find common differences between their genes, which allowed them to identify those with greater genetic risk of gaining weight.

Genetic risk appeared to have a weak effect on excess weight during childhood. At age 11, those of average height who were in the top 25 per cent for genetic risk were 2.9kg (0.5 stone) heavier, on average, than those in the bottom 25 per cent, with weight differences increasing across adolescence and adulthood, reaching their peak at approximately 11.2kg in midlife.

The association between social background and higher body weight emerged from adolescence onwards. Those from disadvantaged backgrounds tended to be heavier than their advantaged peers from age 20, with weight differences increasing up to age 63 when they peaked at 7.4kg.

The researchers explained that the genetics of a population change very slowly, but since the 1946 cohort were born, the public’s diet and activity levels have altered dramatically, with people increasingly consuming more calories and being less physically active. As this cohort aged those with greater genetic susceptibility of overweight and obesity have tended to gain more weight than those with lower risk, as have those from disadvantaged backgrounds.

“It is interesting that two things that we do not control – our genetics and the social class of our parents – were both associated with risk of higher weight and obesity across almost 70 years of the participants’ lives. However, these factors are only part of the story. Ultimately, it is the environment which changed and was the catalyst for the current obesity epidemic – not our genetics.”

“These findings show what was the case in the past, not what will be the case in the future. In more recent generations than this cohort, levels of overweight and obesity appear to be even higher, and start much earlier in childhood. Genetics and social background could therefore have an even greater ability to predict the health of adolescents and children growing up today.”

“Studies like ours add to our knowledge of the possible causes of weight gain across life. The evidence as a whole continues to show that obesity is a major unresolved public health issue. With the government recently delaying its promise to ban multi-buy deals and pre-watershed TV advertising for junk food, alternative policies need to be devised immediately in order to help reduce obesity.”

The authors noted the need for caution since it is challenging to make a causal conclusion from their observational data. Findings may also differ when looking at a different generation – this will be examined in future. In addition, the authors were only able to observe part of a person’s genetic risk as they focused on relatively common differences between people’s genomes; measuring social disadvantage is also challenging and so the authors caution against comparing the influence of genetics versus social disadvantage.

Body mass index (BMI, kg/m2) was derived from weight and height at 12 timepoints from 2-69 years of age. These were measured by health visitors, doctors, or nurses at all ages except 20 and 26 years where only self-reported data were available.

The study’s authors looked at genetic risk for high body weight creating a “polygenic index” based on common differences between people’s genomes. In the main analyses this was based on a polygenic index derived by Khera et al (2019) for measured BMI in adulthood which was subsequently found to strongly predict childhood BMI in independent samples and obesity-related health outcomes. It was, at the time of writing, the polygenic index with the highest predictive capacity.

To compare the average difference in weight for those in top 25 per cent and bottom 25 per cent for genetic risk, the authors carried out a new analysis that does not appear in the published paper to aid interpretation. They reran their models splitting genetic risk into four categories and multiplied the results by the average height (squared) observed in the sample to convert from BMI (kg/m2) to weight in kg.

The Medical Research Council (MRC) National Survey of Health and Development (NSHD) is the oldest and longest running of the British birth cohort studies; it is a nationally representative sample (N=5,362) of men and women born in England, Scotland or Wales in March 1946. The NSHD is managed by the MRC Unit for Lifelong Health and Ageing at UCL. www.nshd.mrc.ac.uk

The UCL Social Research Institute (SRI) is one of the leading centres in the UK for multidisciplinary teaching and research in the social sciences. Based at the UCL Institute of Education, and with more than 180 academic, research and professional staff, it works to advance knowledge and to inform policy in areas including gender, families, education, employment, migration, inequalities, health and child/adult wellbeing. www.ucl.ac.uk/ioe/departments-and-centres/departments/ucl-social-research-institute.