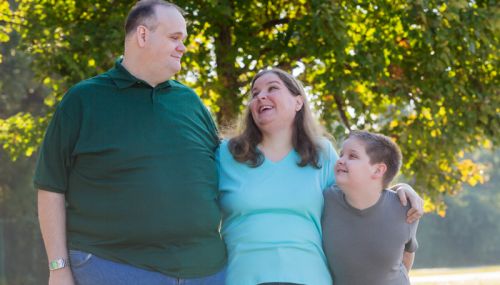 Three generations of children from less privileged homes have reached middle age at greater risk of being overweight or obese than their better-off peers, according to findings published in PLOS Medicine.

Researchers from the Centre for Longitudinal Studies (CLS) at the UCL Institute of Education and Loughborough University tracked the body mass index (BMI) of more than 22,800 British adults born in 1946, 1958 and 1970. They found that children whose fathers were in lower social classes were more likely to be overweight or obese in adulthood than those with fathers in higher social classes. The inequalities persisted across all three generations.

As people got older, the social disparities widened. For example, when the 1946 generation was age 26, daughters of unskilled workers had a BMI about one and a half points higher, on average, than those with fathers in professional jobs. This jumped to more than three points by the time they reached their 60s – for a woman of average height, a difference of 8.6 kg or 1.35 stone.

Women and men also had a greater risk of carrying excess weight the lower they were down the social ladder as adults. Among the 1970 generation, women in unskilled jobs had BMIs almost four points higher, on average, than their professional peers by the time they reached their early 40s. Among the generations of women born in 1946 and 1958, the difference was around two points. These differences were generally larger among women, but still found among men.

“The persistence of BMI inequalities across three generations is very concerning given the public health consequences of overweight and obesity” said CLS’s Dr David Bann, the study’s lead author.

“Further research is needed to clarify whether inequalities have worsened across time. But our results suggest that new evidence-based policies are required to reduce these enduring disparities.

“Early years interventions may be more effective than those in later life, as would policies that target the local environment – including access to healthy foods and options for physical activity. This approach may be more effective than relying solely on individuals to change their behaviours, since people with fewer resources are often highly constrained in their choices.”

The research was carried out on behalf of CLOSER, a consortium of leading UK longitudinal studies, the British Library and the UK Data Service. CLOSER is funded by the Economic and Social Research Council and the Medical Research Council.

1.       Body mass index (BMI) is calculated by dividing an individual’s weight in kilogrammes by their height in metres squared. In most adults, high BMI is due to having high amounts of fat mass (as opposed to lean mass). This research uses the International Obesity Task Force categorisations for normal weight, overweight and obese.