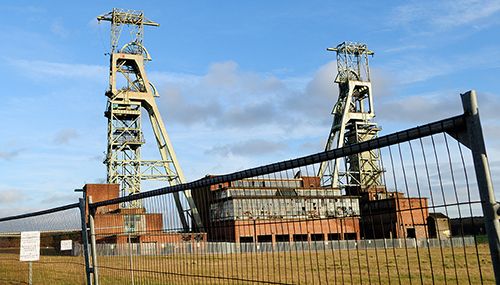 Members of Generation X who lived in Britain’s declining industrial heartlands in the 1980s were more likely to play truant during their school years and to be involved in crime as adults, compared to those who grew up in more advantaged areas.

In contrast, Baby Boomers growing up in the same regions a generation earlier were not at greater risk of truancy and offending.

The researchers analysed census records to identify which areas of Britain had experienced the greatest job losses in manufacturing and heavy industries from the 1960s to 1980s. They then looked at information taken from participants in adolescence about their attitudes towards school, responses taken in adulthood on whether they remembered playing truant, and data on whether they had ever been arrested.

Members of Generation X who grew up in the areas most affected by economic restructuring in the 1980s – mining and industrial regions in central and north east England, south Wales and central belt Scotland – were at greater risk of feeling alienated from school, of playing truant, and offending as adults, compared to those who had lived in more advantaged areas.

Baby Boomers living in the same areas during the 1970s were also at greater risk of being disengaged from school compared to those from more prosperous regions. However, they were no more likely to have played truant and been arrested than their peers who had lived in more affluent areas.

The report said: “Using two birth cohort studies we have demonstrated that radical economic restructuring in the United Kingdom during the 1980s – which resulted in high levels of regional unemployment and the destruction of key industries – affected those who were growing up at the time.

“The [1970] cohort was more likely than the cohort who grew up ahead of them to disengage with school and become alienated from education. The long-term impact of their experiences was an increase in adult offending.

“Although it is not simple to locate and incorporate suitable area-level measures into statistical analyses of this kind, our exploration suggests there is considerable potential and meaning in doing so. We found that, alongside other individual characteristics, the socioeconomic conditions in which the children were raised, could have a long reach over their engagement in crime as adults. The example described here demonstrates the value of criminologists fostering ever-closer links with political and economic history.”

‘The Role of Radical Economic Restructuring in Truancy from School and Engagement in Crime,’ by Stephen Farrall, Emily Gray and Philip Mike Jones was published in the British Journal of Criminology in January 2020.