Degrees still boost household income for women, although returns to education are diminishing 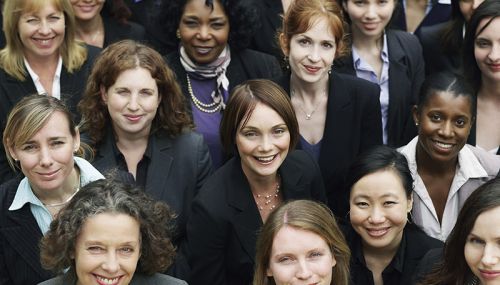 Higher education has been less lucrative for women of Generation X than it was for the Baby Boomers, new research reveals.

However, gaining a degree increased a woman’s net family income by an average of 20 per cent for both generations, as female graduates were more likely to be in employment, work longer hours and choose higher-earning partners than those without degrees.

Researchers from the Institute for Fiscal Studies (IFS) analysed data on more than 1,000 women born in England, Scotland and Wales in 1958, who are being followed by the National Child Development Study, and more than 1,000 women born in Britain who are taking part in the 1970 British Cohort Study. They compared the earnings of those who went on to higher education with those who had gained at least one A level, or an equivalent qualification, when the women were in their early 30s and 40s.

Female Baby Boomers with degrees earned 38 per cent more, on average, than those with fewer qualifications. For Generation X, that higher education advantage dropped to 28 per cent. This generation have also paid a greater share of taxes and received fewer benefits than the Baby Boomers throughout their careers.

The researchers took into account background factors that may have affected their earnings, including childhood social background and cognitive test scores.

For both generations a university education helped to boost a woman’s net family income by around £9,500 per year, on average. This was due in part to the fact that female graduates from both generations were 8 per cent more likely, on average, to have a job, compared to those without a degree. Generation X had slightly greater odds of working full time at this age than the Baby Boomers.

In addition, the partners of degree-educated women earned £2,000 more per year, on average, than partners of those who had fewer qualifications. By the time they reached their early 40s, partners were adding an extra £5,000, on average, to the net household incomes of both generations. This, combined with the fact that Generation X worked more hours than the Baby Boomers, more than made up for the dip in the returns to their degrees.

Chris Belfield, the study’s lead author, said: “Universities play an important role in determining the future earnings of their graduates, but their impacts go far beyond this. Since female graduates are much more likely to partner with another graduate, going on to university not only raises their own future earnings it raises the amount they can expect future partners to earn. Accounting for this effect of higher education matters when considering the wider impact of attending university on living standards and social mobility.”

The full working paper, ‘The Impact of Higher Education on the Living Standards of Female Graduates’ by Chris Belfield and Laura van der Erve, is available on the IFS website.