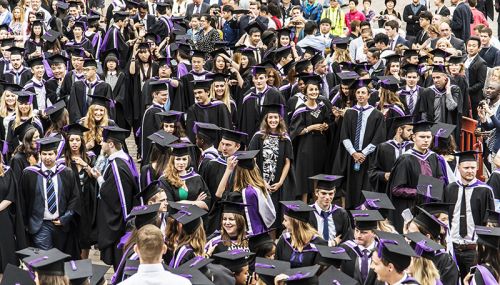 Choosing the right field of study is more important than attending an elite university for those aiming to become top earners by middle age, according to new findings from the UCL Institute of Education.

Researchers analysed data on more than 6,000 people born in England and Wales in a single week in 1970, who are taking part in the 1970 British Cohort Study.

The research looked at who made it into the top 5 per cent of earners at age 42 –those on salaries of around £80,000 or more. They found that, after taking into account a wide range of factors, including school level educational attainment, childhood cognitive scores and social background, there were clear differences in the advantage gained from degrees in different subjects and from different institutions.

Degrees in Law, Economics and Management (LEM) were the most likely to lead to top salaries. A LEM degree from an elite university was the most rewarding of all, with graduates having a 6.5 times greater chance of joining the top 5 per cent of earners compared to non-graduates. But, those who took LEM subjects at a non-elite university still fared very well – they were 4.5 times more likely to become top earners than those without a degree.

In comparison, those who studied Science, Technology, Engineering and Maths subjects at both elite and normal universities had 3 times the odds, and those who took an Other Social Science, Arts and Humanities (OSSAH) degree at an elite university were 2.6 times more likely to be top earners at age 42. OSSAH degrees from non-elite universities were the least lucrative.

Professor Alice Sullivan, the study’s lead author, said: “Since the beginning of the 1990s, incomes at the very top of British society have drawn further away from the rest of the population. Our study provides new evidence on the role of higher education as a conduit to the most well-paid jobs.

“As higher proportions of the population gain a university degree, we expect advantaged groups to maintain their competitive edge by seeking high status degrees at elite universities. Although elite university degrees are far more academically and socially selective in terms of their intake of students than degrees from non-elite universities, which subject you study matters more for increasing earnings when you compare individuals who had similar exam results and cognitive scores pre-university.”

Women were much less likely than men to be top earners at age 42, even though roughly the same proportion gained degrees, and enjoyed similar levels of educational attainment. Women had a third of the chance of gaining a top salary compared to men, and made up less than a quarter (24%) of the top 5 per cent of earners.

“From a policy perspective, it is natural to ask what these findings mean for young people entering higher education today,” said Professor Sullivan. “The 1970 cohort enjoyed free university education and student grants, whereas current students often leave university with considerable debts. They are therefore likely to be more concerned about their future earnings.

“Much attention has been given to promoting access to elite universities for young people from less advantaged backgrounds, but our findings suggest that promoting access to the most lucrative fields of study may have more potential to widen access to high salaried jobs.

“Although these findings could be used to denigrate degrees in the arts, humanities and social sciences, it is important to emphasise that people can prioritise values other than material gain, such as creativity and service to society. And, it should go without saying, the value to society of a graduate’s education is not necessarily reflected in their income.”