Children’s BMI tends to be higher in homes where both parents work, new study finds 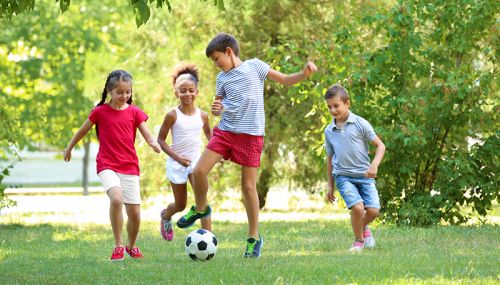 Children in homes where both parents are employed are more likely to be overweight compared to those from families where mothers stay at home.

The study’s authors call on fathers, mothers and childcare providers to play an equal role in keeping children healthy.

Researchers from the UCL Centre for Longitudinal Studies analysed data on more than 7,800 children born across the UK in 2000-01, who are being followed by the Millennium Cohort Study. They examined information on children’s BMI from age 3 to age 14, and reports on parents’ employment and partnership status. The researchers also looked at data on children’s diet from age 5 to 14 and levels of activity from age 3 to 14. The researchers used robust statistical methods which took into account a range of background factors, including ethnicity, family structure and household income, as well as mother’s level of education, health and mental health.

Children in homes where both parents worked full-time had higher levels of BMI than those from families where mothers didn’t work. Differences were more pronounced for the children of single mothers working full time. The number of families where fathers in couples stayed at home, or where fathers were single parents, was too small to include in the analysis.

Professor Emla Fitzsimons, one of the co-authors, said: “In recent decades we have seen large increases in female labour force participation, resulting in significantly more households with both parents working, as well as an increased number of households with single parents working. While this represents great social progress, it also places increased demands on parents’ time. This scientific study analyses whether this may have unintended adverse effects on children’s weight. The aim of the study is to provide robust evidence for policymakers to best support families to tackle concerns around childhood obesity in the UK today.”

While children’s BMI was higher, on average, in families where the mothers worked, this cannot be interpreted as mothers being at fault: “On the contrary,” Prof Fitzsimons explains, “the fact that the link was with mothers working – and not the fathers – likely reflects the fact that women are still taking on a disproportionate share of household and childcare responsibilities. This in no way absolves fathers of responsibility, in fact it suggests they should be more involved.”

The study also found that children living with two working parents were more likely to have increased sedentary behaviour, measured by watching TV for three or more hours per day, and poorer dietary habits, measured by not having a regular breakfast. Again, these effects were more pronounced among children of single mothers in employment.

The proportion of children in the study with both parents working has gradually increased between ages 3 and 14, from 51 per cent to 73 per cent, mainly driven by an increase in the number of mothers joining the workforce.

Prof Fitzsimons said: “Programmes encouraging healthy behaviours among children could be better tailored to bring both parents on board, and to be accessible to all working parents including those with fathers and mothers working full time, and to single working parents.

“The other important stakeholders in childhood obesity prevention are those responsible for childcare, including in both informal and formal childcare settings, and schools. Preschool childcare settings are used by a growing number of families for extended periods each day, and hence will be increasingly central for promoting early healthy behaviours.”

‘The impact of maternal employment on children’s weight: Evidence from the UK’, by Emla Fitzsimons and Benedetta Pongiglione was published in SSM – Population Health in November 2018.

Further information available in our FAQs about the research.