Children with autism more likely to be bullied at home and at school, new study finds 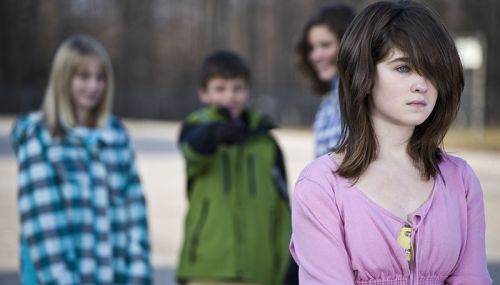 Children with autism are at greater risk of being bullied by both their siblings and their peers, compared to those without autism.

The University of York study also found that children with autism are more likely to be both the victims and perpetrators of sibling bullying.

The researchers analysed information on more than 8,000 children born in the UK at the turn of the century, who are taking part in the Millennium Cohort Study. The report included 231 children whose parents said had been diagnosed with autism by a doctor or medical professional. The researchers examined data taken at ages 11 and 14 to show how often children and young people had been picked on or hurt on purpose, and how often they bullied siblings and peers themselves.

While there was a decrease in bullying for all children by the time they reached age 14, children with autism were still more likely to be involved in sibling bullying, both as a victim and a perpetrator.

Lead author of the study, Dr Umar Toseeb, from the Department of Education at the University of York, said: “Children with autism experience difficulties with social interaction and communication, which may have implications for their relationships with siblings.

“Siblings may be considered competitors for parental resources such as affection, attention and material goods – children with autism might get priority access to these limited parental resources leading to conflict and bullying between siblings.”

The study also analysed parents’ reports about their children’s mental health and wellbeing. Children involved in sibling bullying, irrespective of whether they had autism or not, were more likely to experience emotional and behavioural difficulties both in the long and short term.

“Parents should be aware of the potential long term consequences of sibling bullying on children’s mental health and wellbeing,” Dr Toseeb explained. “Persistent conflicts between siblings may be indicative of sibling bullying and this should not be viewed as a normal part of growing up.”

‘Sibling Bullying in Middle Childhood is Associated with Psychosocial Difficulties in Early Adolescence: The Case of Individuals with Autism Spectrum Disorder’ by Umar Toseeb, Gillian McChesney, Jeremy Oldfield and Dieter Wolke was published in the Journal of Autism and Developmental Disorders in July 2019