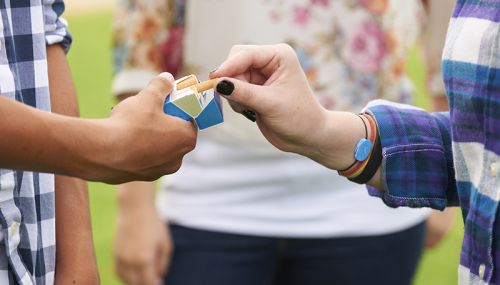 Children who experience the departure of a parent from the family home before the age of 7 are more likely to have tried cigarettes or alcohol by age 11, according to findings from the Millennium Cohort Study (MCS).

Researchers from University College London analysed information from almost 11,000 children taking part in MCS, who were born across the UK in 2000-01 and were living with both natural parents at birth. They found that more than a quarter had at least one absent parent by age 7, either due to death or another reason, such as separation.

It made no difference which parent was absent – the mother or the father – or at what age the children’s parents left.

Among those who had tried alcohol, children with absent parents were twice as likely to report having had enough to feel drunk. The findings remained even when taking the children’s social background into account.

Previous research has shown that children with absent parents are more likely to engage in risky behaviours in their teenage years, but this is one of the first studies to look at very early use of alcohol and cigarettes.

“There is a suggestion of an increased risk of diseases, such as lung cancer and cardiovascular disease, when smoking is initiated at an earlier age,” the researchers explain. “There is also a raised risk of nicotine and alcohol dependence when these substances are consumed from an early age.”

‘Parental absence in early childhood and onset of smoking and alcohol consumption before adolescence’ by Rebecca Lacey et al was published in the Archives of Disease in Childhood in October 2016.