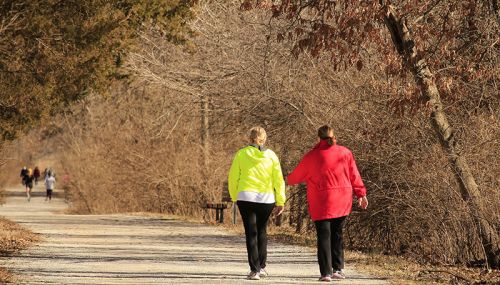 Forty-two-year-olds whose mothers often felt depressed while they were growing up are at greater risk of obesity than their peers, according to findings from the 1970 British Cohort Study (BCS70).

Researchers from Loughborough University and University College London analysed information on more than 4,700 children born across England, Scotland and Wales in a single week in 1970, who are being followed by BCS70.

The authors examined data on the mothers’ mental health when the study participants were aged 5, 10 and 16, and on the participants’ own mental health at ages 16 and 42. They compared this to information about the height and weight of participants at 16 and 42, and of their mothers when their children were 16.

By age 42, 42 per cent of participants were normal weight, 36 per cent overweight and 22 per cent were obese.

Children were more likely to be depressed in their teens if their mothers were also depressed, and depression was linked to weight for both generations. However, mothers’ depression appeared to have an effect on their children’s adult weight over and above the indirect effect through mental health.

The researchers suggested there were several possible explanations for these findings. For example, mothers’ depression was linked to several other unhealthy behaviours in their adolescent children, such as smoking and living a more sedentary lifestyle. These habits may contribute in part to their children’s weight in adulthood.

It is also possible that some people inherit certain aspects of their biological make-up that make them both vulnerable to depression and more likely to gain weight later in life. In addition, children with depressed mothers may be exposed to more environmental and family risk factors than those growing up in families without depression, although the researchers attempted to control for this by accounting for social background.