Children in poorer health if their mothers are physically abused, study finds 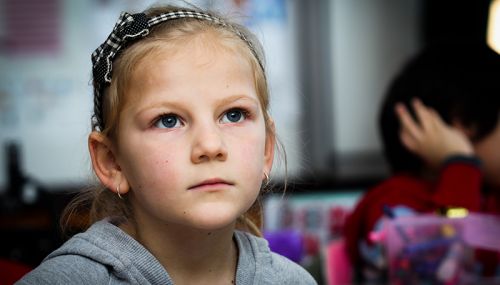 Children growing up in households where the mother is a victim of domestic violence may experience more ill health than others, according to new research based on the Millennium Cohort Study (MCS).

Social scientists from City University London and the London School of Economics analysed information on the experiences of MCS parents and their natural children, who were born across the UK in 2000-01. As the majority of parents reported that their children were in good health, the researchers considered which youngsters were likely to have their health rated as less than ‘excellent’.

The researchers found a marked effect on children’s health where their mothers were subject to abuse and assault. Children living in violent households were between 55 and 61 per cent less likely to have their health rated as ‘excellent’ by their main parent (usually the mother).

The effect remained even when the researchers screened out other adversities that may have been linked to ill health in children, such as low household income or parents’ unemployment.

Findings from earlier research have shown that parents’ reports of their children’s health are largely accurate, even when the parents suffer from poor mental or physical health themselves. But the researchers acknowledge that some women are reluctant to mention their abuse, so domestic violence may have been under-reported.

Previous studies showed the negative effects of abuse on the weight of new born babies – this study tracks the consequences through the children’s school years.

The Crime Survey found one in 14 women in England and Wales had experienced abuse at the hands of a partner in the year to March 2015 and one in 12 some kind of assault or violence.

One of the authors, Professor Mireia Jofre-Bonet of City University, called for “better reporting of domestic violence not only to reduce the impact on affected mothers but also to make sure children’s health is not negatively affected.”

The blow of domestic violence on children’s health outcomes, by Mireia Jofre-Bonet, Melcior Rossello-Roigand Victoria Serra-Sastre, was published in July 2016 as LSE Health and Social Care Working Paper No. 46/2016.