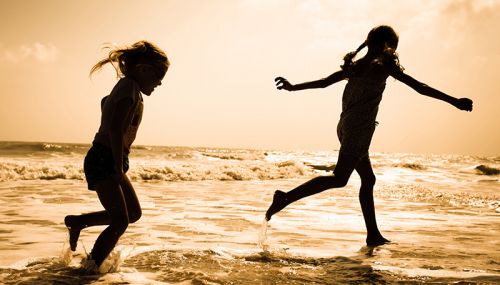 Being born early is no barrier to children and adolescents participating in organised sports and playing with friends, according to new research.

The University of Warwick study analysed information on more than 18,000 young people born in the UK at the turn of the century who are taking part in the Millennium Cohort Study. The researchers divided the children into four groups according to timing of birth, from those who were born very preterm (between 24 to 32 weeks), moderately preterm (between 32 to 34 weeks), late preterm (between 34 to 37 weeks) and those who were born at full term, at 37 weeks and above. They then compared parents’ reports of their children’s participation in organised sports clubs and classes at ages 5, 7 and 11, as well as information about how often they took part in other physical activities at ages 7 and 11, such as playing with friends and siblings. Finally, the researchers looked at young people’s own reports of their exercise at age 14, as well as objective measures of their physical activity taken from accelerometer devices.

Children born early were just as physically active as their peers throughout childhood, with no significant differences between children born very, moderately or late preterm. Among those born premature, girls participated more regularly in sports clubs and classes than boys at age 5, on average, but as they got older, boys were likely to take part more often in organised physical activities.

Children born early were also just as engaged as other children in informal physical activities, such as playing with friends and siblings, swimming and walking. At ages 7 and 11, boys born premature tended to take part in more informal exercise than girls born early.

There were also no significant differences in physical activity among young people when they reached adolescence. At age 14, most of those born early were likely to be as physically active as their peers. And although children born at 32 to 34 weeks tended to report that they were less physically active than their counterparts, accelerometer data showed that all premature children were, on average, as active as other young people.

The study’s authors also examined a range of other factors to identify which groups were likely to be the most physically active at age 14, including sex, ethnicity, and parents’ social class, income and level of education. The researchers also explored whether children’s physical activity at ages 5 and 7 was related to how much exercise they took at age 14, and whether being taken to a live sports event had any effect.

The findings showed that white adolescents and those with parents educated to degree level were more likely to report getting the recommended 60 minutes of daily exercise on at least three to four days per week. They also tended to exercise more regularly, according to accelerometer data. Young people who had been taken to a live sports event or participated in formal sports clubs and classes as children were more likely to report being physically active, and tended to have higher levels of accelerometer-reported exercise. In addition, teenage boys were more likely to be physically active than girls by all measures.

The report said encouraging children to take part in sports and exercise could help to nurture good habits lasting into adolescence. They also suggested that cultivating children’s interest in sport, for example through taking them to watch live sporting events, could encourage them to take more exercise themselves. However, they also noted that more active children may have been more interested in seeing live sport.

‘Prospective study of physical activity of preterm born children from age 5 to 14 years,’ by Juliane Spiegler, Marina Mendonca and Dieter Wolke, was published in the Journal of Pediatrics in March 2019.