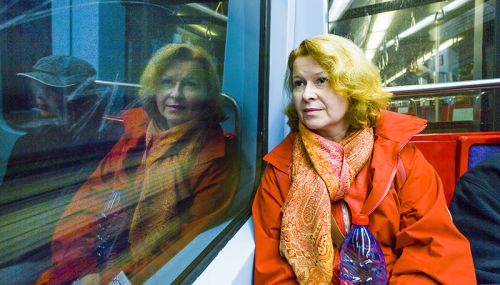 Women who have never given birth or been pregnant have double the odds of reaching the menopause before the age of 40, compared to those who have been pregnant.

They are also 30 per cent more likely to start the menopause between the ages of 40 and 44.

Researchers from University College London and the University of Queensland analysed information on more than 50,000 women taking part in nine studies across the world, including Britain’s National Child Development Study and the MRC National Survey of Health and Development.

The findings also showed that women who had their first period at age 11 or younger had an 80 per cent higher risk of experiencing the menopause before the age of 40, compared to those whose first menstrual cycle started between the ages of 12 and 13.

There was a 30 per cent increased risk of starting the menopause between the ages of 40-44 for women who started their period at 11 or earlier.

Women who had no children and began their menstrual cycle early were five times more likely to begin the menopause before 40.

Only 2 per cent of women experienced the menopause before 40, with just under 8 per cent undergoing it between the ages of 40-44. Menopause was defined as menstrual periods having ceased for at least a year.

The lead author, Professor Gita Mishra, of the University of Queensland, said: “If the findings from our study were incorporated into clinical guidelines for advising childless women from around the age of 35 years who had their first period aged 11 or younger, clinicians could gain valuable time to prepare these women for the possibility of premature or early menopause.

“It provides an opportunity for clinicians to include women’s reproductive history alongside other lifestyle factors, such as smoking, when assessing the risk of early menopause, and enables them to focus health messages more effectively both earlier in life and for women at most risk. In addition, they could consider early strategies for preventing and detecting chronic conditions that are linked to earlier menopause, such as heart disease.”

‘Early menarche, nulliparity and the risk for premature and early natural menopause’ by G.D. Mishra et al was published in Human Reproduction in January 2016.