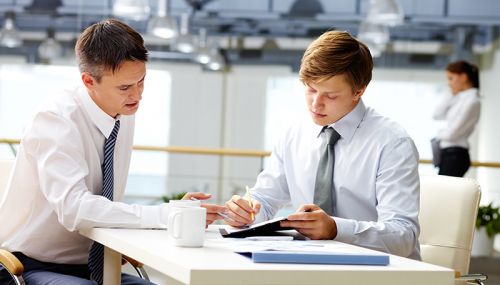 Pupils who received career advice from external speakers in their mid-teens went on to enjoy slightly higher wages by the time they reached 26, according to findings from the 1970 British Cohort Study.

Researchers from the University of Bath found that teenagers’ positive perceptions of career talks were significantly related to higher earnings for those in full-time employment at age 26.

Those 14-15-year-olds who said they found this careers advice ‘very helpful’ enjoyed a 0.7 percentage point wage premium per talk they attended, compared to those who said the talks were ‘unhelpful’.

Pupils who found career advice from external speakers ‘very helpful’ were more likely to attend more talks, compared to those who found them ‘unhelpful’. Around two thirds of pupils received at least one career talk from an outside speaker between the ages of 14 and 16.

The research, commissioned by the Education and Employers charity, took into account background factors, such as exam results and family socioeconomic circumstances.

The authors of the report argued that the apparent benefits were not simply the result of more ambitious or career-minded pupils attending these talks.

The report said: “A ‘go getting’ attitude still needs channels through which to act. Attitudes are not fixed, but are developed through the activities we participate in and groups we interact with. Well-designed careers talks, with authentic speakers, should foster and channel career-focused individuals, as well as help urge into action those currently disengaged. In this way, the relationship between individual agency and access to opportunities, such as careers talks, should be understood as mutually reinforcing.

“These findings would suggest that even for a very short time engagements with employers whilst in education can have a meaningful and statistically significant impact on later earnings.

“Policy officials and commentators have been right to call for systematic employer engagement in the careers education of young people. And also, in judging the impact of such interventions, the judgements of young people themselves demand respect.”

‘Career education that works: an economic analysis using the British Cohort Study’ by Christian Percy and Elnaz Kashefpakdel was published in the Journal of Education and Work in April 2016.