Being on a zero-hours contract is bad for your health, new study reveals 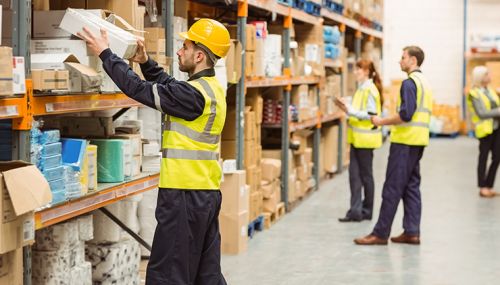 Young adults who are employed on zero-hours contracts are less likely to be in good health, and are at higher risk of poor mental health than workers with stable jobs.

Researchers from the Centre for Longitudinal Studies analysed data on more than 7,700 people living in England who were born in 1989-90 and are being followed by a study called Next Steps.

They found that at age 25, people on zero-hours contracts and those who were unemployed were less likely to report feeling healthy, compared to those in more secure employment.

Those with zero-hours contracts were also at greater risk of reporting symptoms of psychological distress. However, young adults who were unemployed were more than twice as likely to suffer from mental ill health compared to those who were in work.

And, although shift workers were at no greater risk than those working regular hours to be in poor health, they were more likely to have psychological problems.

The lead author, Dr Morag Henderson, said: “Millennials have faced a number of challenges as they entered the world of work. They joined the labour market at the height of the most recent financial crisis and faced higher than ever university fees and student loan debt.

“There is evidence that those with a precarious relationship to the labour market, such as shift workers, zero-hours contract holders and the unemployed are more at risk of poor mental health and physical health than their peers.

“One explanation for these findings is that financial stress or the stress associated with having a low-status job increases the risk of poor mental health. It may also be that the worry of having no work or irregular work triggers physical symptoms of stress, including chest pain, headaches and muscle tension.”

Two thirds of 25-year-olds were employed full-time, 1 in 8 (12%) were employed part time, and 7 per cent were unemployed. Around a quarter (23%) worked shifts, and 5 per cent had zero-hours contracts.

The findings took into account background factors such as gender, ethnicity, social class, prior mental health, sleep duration, frequency of exercise and weight.

Craig Thorley, Senior Research Fellow at the Institute for Public Policy Research (IPPR), said: “Efforts to improve the UK’s mental health must recognise the important relationship between health and work. More people than ever are working on zero-hours contracts in the UK, and this new data shows this to be contributing to poorer mental health among younger workers.

“Government and employers must work together to promote better quality jobs which enhance, rather than damage, mental health and wellbeing. Without this, we risk seeing increased demand for mental health services, reduced productivity, and more young people moving on to out-of-work sickness benefits.”

1. At age 25, Next Steps’ study members were asked a series of questions about their employment status.

2. In the same survey, participants were asked to rate their general health on a scale ranging from excellent to poor. They also responded to the General Health Questionnaire, a set of 12 questions used to measure general, non-psychotic and minor-psychiatric disorders.

3. According to the www.gov.uk website, zero-hours contracts are also known as casual contracts. They are usually for ‘piece work’ or ‘on call’ work.

4. Next Steps (previously known as the Longitudinal Study of Young People in England) has been following the lives of about 16,000 young people born in 1989-90 who attended secondary school in England. The study began in 2004 when the participants were in Year 9 and turning 14 years old. Following the first survey, the participants were visited every year until 2010, when they turned 20. The most recent survey took place during 2015-16 when the cohort members were 25 years old. The study has collected a wide range of information across different areas of the participants’ lives, including education, employment, economic circumstances, family life, physical and emotional health, and social participation and attitudes. Next Steps is managed by the Centre for Longitudinal Studies at the UCL Institute of Education, and funded by the Economic and Social Research Council. From 2004-2012, the study was managed and funded by the Department for Education. Follow us on Twitter @clscohorts

5. The Institute for Public Policy Research (IPPR) is a progressive think tank. Their purpose is to conduct and promote research into, and the education of the public in, the economic, social and political sciences, science and technology, the voluntary sector and social enterprise, public services, and industry and commerce: www.ippr.org

6. The Economic and Social Research Council (ESRC) is the UK’s largest funder of research on the social and economic questions facing us today. It supports the development and training of the UK’s future social scientists and also funds major studies that provide the infrastructure for research. ESRC-funded research informs policymakers and practitioners and helps make businesses, voluntary bodies and other organisations more effective. The ESRC also works collaboratively with six other UK research councils and Innovate UK to fund cross-disciplinary research and innovation addressing major societal challenges. The ESRC is an independent organisation, established by Royal Charter in 1965, and funded mainly by the Government: www.esrc.ukri.org

7. The UCL Institute of Education is a world-leader specialising in education and the social sciences. Founded in 1902, the Institute currently has more than 7,000 students and 800 staff. In the 2014 and 2015 QS World University Rankings, the Institute was ranked number one for education worldwide. It was shortlisted in the ‘University of the Year’ category of the 2014 Times Higher Education (THE) awards. In January 2014, the Institute was recognised by Ofsted for its ‘outstanding’ initial teacher training across primary, secondary and further education. In the most recent Research Excellence Framework, 94 per cent of our research was judged to be world class. On 2 December 2014, the Institute became a single-faculty school of UCL, called the UCL Institute of Education: www.ucl.ac.uk/ioe

8. University College London (UCL) was founded in 1826. We were the first English university established after Oxford and Cambridge, the first to open up university education to those previously excluded from it, and the first to provide systematic teaching of law, architecture and medicine. We are among the world’s top universities, as reflected by performance in a range of international rankings and tables. UCL currently has over 35,000 students from 150 countries and over 11,000 staff. Our annual income is more than £1 billion. www.ucl.ac.uk| Follow us on Twitter @uclnews| Watch our YouTube channel www.YouTube.com/UCLTV